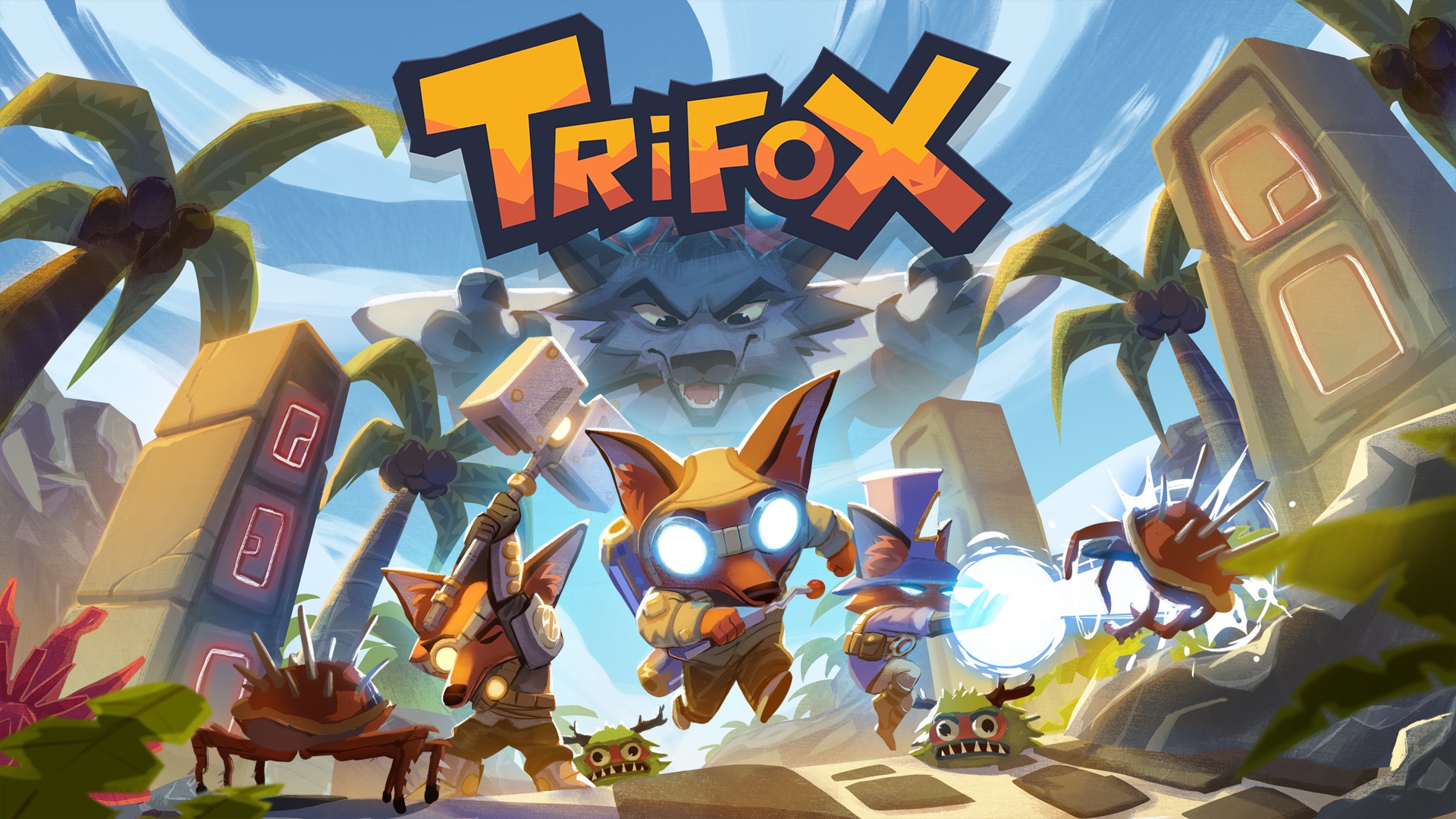 If – like me – you’re of a certain vintage, then you’ll recall the heyday of the 3D character platformer. You know…when the likes of Rayman, Crash Bandicoot and Ratchet and Clank ruled the retail charts. Of course, tastes change and, as the Call of Duties and the FIFAs of the world began to dominate, the 3D platformer became a much scarcer occurrence. There’s clearly still a reverence for those kinds of games though – a reverence that has led Belgian developer Glowfish Interactive to cook up Trifox, a game that draws heavy influence from some of those classics, while infusing it with some more modern touches. But does it succeed in marrying the past with the present?

When you think of those classic late 90s/early 00s platformers, what you likely most often remember about them is their charm first and foremost. Every character was imbued with over-the-top cartoonish attitude and, well, character. The worlds they inhabited and traversed were similarly filled with memorable locations, NPCs and enemies. In this regard, Trifox largely nails the brief.

The story is a silly, yet funny one – our titular hero’s home is raided and his precious TV remote control is stolen, so he sets out to retrieve it from its evil plunderers – and there’s a terrific variety to the characters in general. From your own character’s multiple forms (more on that later) to the puffed-up and comically gloved boxers to the big bad itself in full pirate garb, there’s real charm to the design. This bleeds through into Trifox‘s many short news report-style cutscenes, transmitted via a scanline and interference-ridden TV in your hub world.

Sadly, where Trifox falls a little short is in its world design – while there is, again, plenty of variety in its locations, the colour palette feels oddly muted for a game otherwise full of cartoonish excess, leaving some areas feeling entirely forgettable.

Of course, Trifox is primarily a love letter to games from a specific time and place. This means that, in some ways, it lives or dies by the quality of its platforming. It is, therefore, somewhat bizarre that this is where Trifox struggles most from a mechanical perspective. This is down to a combination of issues, which – perhaps fittingly – feel like 90s problems.

The first is down to movement physics. Rather than have your character move with a consistent pace, or at least an analogue system where speed is determined by how far you’ve pushed a stick, Glowfish have chosen to implement an acceleration system, whereby you push the stick in a direction and your character ramps up to a maximum speed. This often had the effect of killing flow, making platform-heavy sections feel somewhat staccato and lacking the sense of pace and momentum that many of the best modern platformers possess.

The second issue is another that feels uniquely 90s, and that’s the decision to go with a static camera. When choosing to do so, it’s vital that the perspective is set in such a way that any platforming-related death feels like your fault, not the game’s. While this was generally the case with Trifox, there were definitely occasions on which the ability to nudge the camera slightly would have made certain jumps a little easier to judge. And, again, when combined with the platforming controls, it made some sections a little more frustrating than I’d have liked them to be.

However, platforming is actually less than half the battle with Trifox. Combat and character progression are actually its main calling cards, and it’s here where the game truly shines. Upon choosing one of three classes for your character – the magic-focused Mage, melee-focused Warrior or ballistics-focused Engineer – you’re presented with a skills tree, with each class having a total of 10 new skills for you to learn, bolstering your movement, attacking and defensive attributes.

Most interestingly, while you do have to pick one of the three classes as a base for your character, you are then free to pick and purchase skills from any of the three classes – thus allowing you to mix and match as you see fit, creating a near-endless set of loadouts to experiment with. For example, if you combine the melee combat of the Warrior with the Mage’s teleport dash and the Engineer’s rocket turret, you can adopt a kind of stick-and-move offensive style – you’ll dive into a group for some close combat, quickly back out and use rockets to eliminate ranged enemies.

It helps understand why Trifox‘s levels are designed the way they are. They’re not meant to be traditional 3D platformer levels, as such. They’re actually closer to arenas in which to experiment with the combat and, more often than not, those arenas are great. There are the occasional situations where it can feel more like a war of attrition than anything else – the difficulty can spike a little too high (especially during boss fights), enemies can become a bit too bullet-spongey (including one situation where, during the final boss fight, collision detection just broke completely – thankfully, I wasn’t able to replicate this) and waves can last a little too long – but, by and large, Trifox does an excellent job of keeping you engaged and making you want to see what comes next.

Trifox is an ambitious and largely successful blend of classic 3D platform and modern twin-stick shooter mechanics. While the difficulty spikes can be off-putting at times and some combat sections can feel a little too much of a grind, some excellent set pieces and a fun, charming style kept me wanting to see what was next. A solid debut effort from Glowfish Interactive.