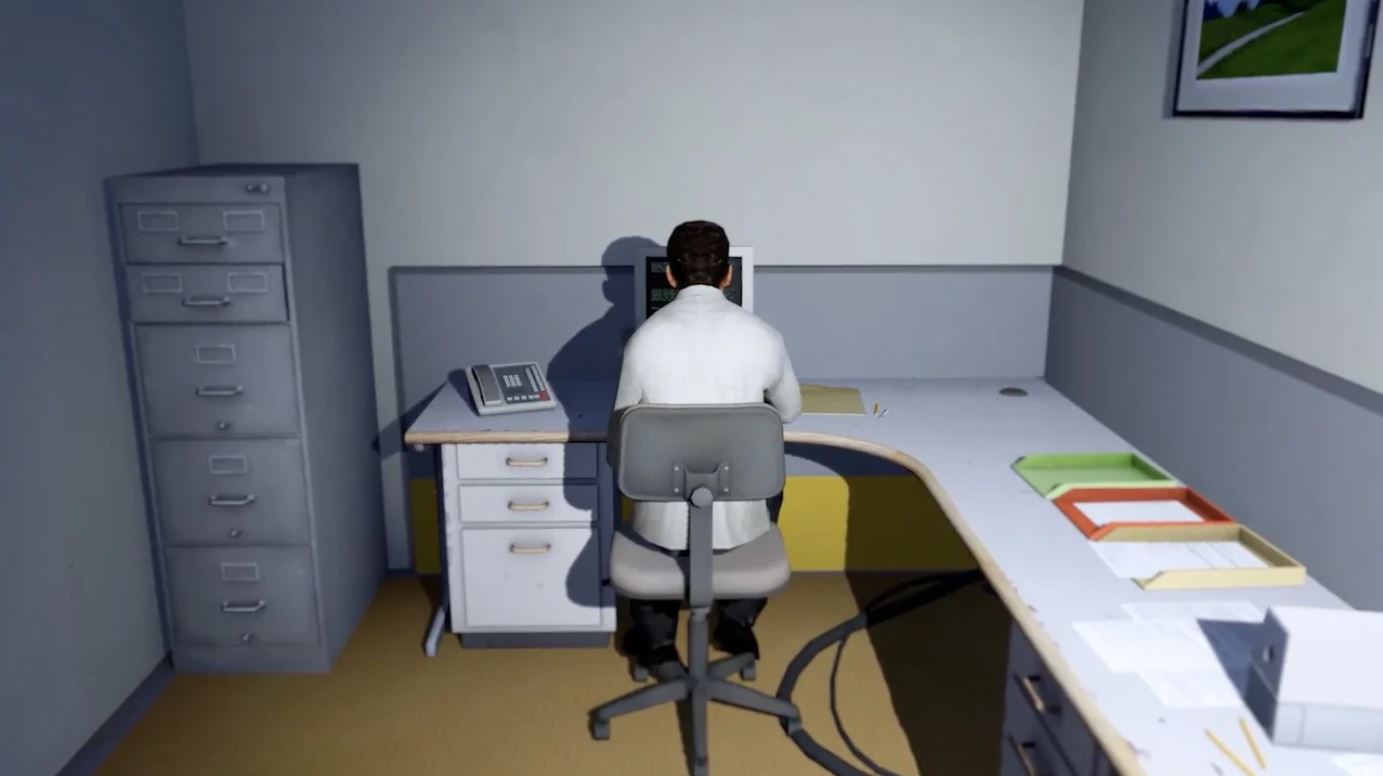 Nine years after the original release, the Ultra Deluxe version of The Stanley Parable is revisiting the experimental masterpiece, complete with 'new content'. The Finger Guns Review.

Nine years after the original release, the Ultra Deluxe version of The Stanley Parable is revisiting the experimental masterpiece, complete with ‘new content’. The Finger Guns review:

You trust me, right? The fact that you’re even reading this suggests some element of trust, surely? Dear reader, I feel like I take our relationship seriously; as a valued Finger Guns reader, you’re depending on me to give you a fair and detailed assessment of a game and as a critic, it’s my duty to do just that. Well… the issue here is that I don’t want to do that for this game. I want to breach that unwritten agreement we have going on here.

This is a game that’s best experienced with as little prior knowledge going into it as possible and I don’t want to be the one to ruin that. Rather than tell you all about The Stanley Parable: Ultra Deluxe, I just want you to take my word for it. Can you do that? Simply go and play it. Even if you played the original back in 2013, go and play it. I’ll even screw up my own monetisation, engagement stats and SEO by saving you the trouble of scrolling down to the bottom of the page – I’m giving The Stanley Parable: Ultra Deluxe a score of 10/10. See. That’s how much I care about this. You can close this review now. Seriously. I don’t mind. Toodles.

Still here, huh? I guess you don’t trust me. That’s your choice, obviously, but don’t come crying to me later. Further down this page, I’ll be going into some of the themes contained within The Stanley Parable: Ultra Deluxe. While I’ll be avoiding outright spoilers, I’d still feel better if you’d just go and play the game. Last warning…

Don’t say I didn’t warn you

On paper, The Stanley Parable: Ultra Deluxe is a first person narrative adventure about a silent protagonist called Stanley. Stanley is employee number 427 at his firm at which he presses buttons all day. It’s a sweet life, pressing buttons. I like to think he enjoys his job. That is until one fateful day when he suddenly realises that all of his co-workers have vanished. He’s all alone and decides to investigate.

Except he’s not really alone at all. While there’s not anyone physically around Stanley per se, there is a disembodied voice that follows him around. This voice belongs to “The Narrator”, expertly voiced by Kevan Brighting (Void Bastards, The Stanley Parable). The Narrator does what a narrator should do. He narrates the game, describing where Stanley is headed and what he’s thinking. It’s up to the player whether they comply with this narration however…

Okay, see. I still don’t think you realise how important it is that you don’t read any more of this review if you’ve not played The Stanley Parable before. I implore you to stop now before you spoil something for yourself.

You just can’t help some people

At its core The Stanley Parable is a game centred around choice. Within the first few minutes of the game, you’ll be given one to make. The Narrator will describe what the game expects you to do, like a good narrator should – but there’s a second option. You can ignore the intended direction of the game and go your own way. More than being centred around making those choices though, this game focuses on the consequences of them. If I was to describe it using widely accepted nomenclature, I would say that this game has a “branching narrative”. Waiting at the end of those branches however are a mixture of absurdist humour, smart observation, confusion and some of the sharpest commentary on video gaming narrative delivery this side of one of those really engaging 8 hour YouTube video essays.

I won’t spoil the exact specifics of each situation that the game player puts Stanley, thus the player, in or the choices that are made to get there. I doubt it would matter even if I did because it’s the subtext, rather than the text, that makes this game so smart, funny and enjoyable. Reading between the lines, you’ll find a battle between game creators and player, commentary on the way players experience a narrative, on the tricks that games play to make a player feel something – and how all of this is utter garbage in many popular games. There’s gags about the immature state of gaming that are as apt today as they were in 2013, depressingly. The game even puts up walls of intended attrition to cajole you into things. All of this combines to feel like a barely veiled barb aimed at video games as a whole, all presented through the lens of a video game itself. Yep. The game regularly criticises itself to get that point across and it does so expertly.

It achieves all of this by managing the player’s expectations and then surpassing them or bypassing them entirely. Its brightest moments and biggest laughs (oh, how I’ve laughed) are housed in the moments of surprise that The Stanley Parable: Ultra Deluxe regularly blindsides you with. There’s a dedication to aspects that most titles would consider insignificant here that makes every little touch just a touch more impressive. The details around the office, the sheer amount of effort that’s put in to make some jokes land and how well all of that is thought out to deliver the endings is constantly impressing.

The Ultra Deluxe aspect of The Stanley Parable is much more than just the advertised ‘new content’. Without spoiling it, this version of the game reframes much of the content for 2022, revisiting it in the context of what has happened in gaming since 2013. It regularly demonstrates an acute awareness of its own place in the industry, both positive and negative, with its tongue pressed firmly into its cheek.

It’s also a version of the game that aptly demonstrates how little narrative and story have improved since the first version of the game launched. Alongside the repeated jabs in that particular arm of gaming comes a whole host of new critiques of the industry; Sequels just being more of the same, how inane some activities are in gaming, the strangely rewarding yet utterly pointless pursuit of collectables and much more are skewered by The Stanley Parable: Ultra Deluxe’s hilarious and ‘new content’. Even the PlayStation trophies feel like an exploration of how daft some of them are.

As an experience, The Stanley Parable: Ultra Deluxe is as refreshing today as it was in 2013. That’s partly because all of the complaints the original raised between the absurdism and jokes are still valid today. It’s a game that did something different and very few games have managed to replicate that anarchistic spirit that dares player to re-evaluate the rules, systems and mechanics that govern most games since. In 2022, The Stanley Parable is still excellent and still has a place. With the ‘new content’ in this version, it’s an essential game for existing fans or newcomers alike. I genuinely can’t recommend it enough and if I attempt too, I’ll likely ruin it.

If nothing else, the launch of The Stanley Parable: Ultra Deluxe likely heralds the arrival of a new game from Naughty Dog, as is tradition, simply so the developers once again cruelly miss out on a BAFTA award they thoroughly deserve. It’s karmic balance after the inclusion of the baby game Art ending.

So, you reached the end of the review. I’m proud of you – no, I’m proud of us. That said… There’s a 50/50 chance you just scrolled down to the bottom of this article to see the score rather than arriving here by reading the whole review. Okay, lets be honest. 70/30. It’s okay. I understand. I hope this big flashy gif of the review score will make you feel better about skipping the thousand plus words I carefully crafted above. No, really. It’s fine.

The Stanley Parable: Ultra Deluxe is an essential gaming experience. It’s simultaneously a hilariously absurd adventure that can be enjoyed on its own merits and an insightful examination of storytelling in gaming. The acutely self-aware new content reframes the original game to give it refreshing new purpose alongside a cluster of new barbs aimed at the flaws in modern gaming. A must play.