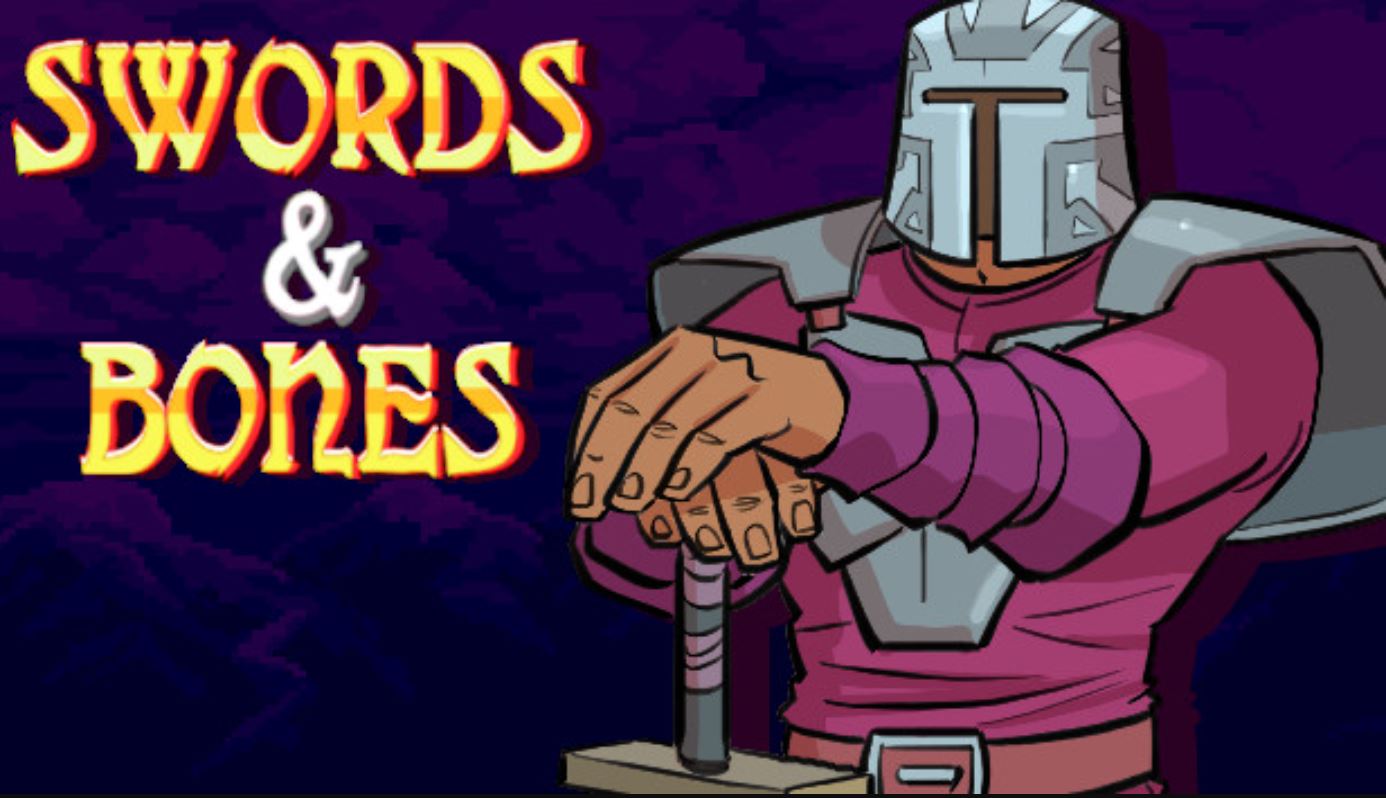 A Ghouls 'n' Ghosts knockoff that would look more fitting on an early century phone, Sword & Bones does nothing new or exciting. The Finger Guns review:

The heroic action platformer has seen a bit of a retro revival over the years. What started with the likes of Wonder Boy and Ghouls ‘n Ghosts has led the way for more modern offerings like Shovel Knight and Cyber Shadow. That these emulate older styles has led to the likes of Alex Kidd and Ghouls getting remakes, just to remind everyone how hard they are/were. And then there’s Sword and Bones.

It’s very clear that this is meant to be an homage to the old style of action side-scroller. From its basic graphics to standard “demon king needs killing” story, there’s no denying where its roots are. SEEP, a two-brother developer team, are evidently fans of the genre, with this being their ninth love letter to retro gaming.

But all the love in the world can go into something. It’s just whether what comes out is any good is what the unsuspecting punter wants to know. Let’s find out, shall we?

I hope you’re not bracing yourself for some massive, twist-ridden plot out of Sword and Bones. I know I used more modern references earlier, so it wouldn’t be wrong to think that this retro title would offer modern plot. It does not, but that’s not necessarily a bad thing.

Demons attack kingdom, head honcho declares himself king. Far as we’re aware, he hasn’t kidnapped anyone, he just declares himself ruler of the land. Pretty sure that’s not how monarchies work, but who’s going to be the one to tell him?

Anyway you, the nameless protagonist (and the game literally says that you have no discerning face or name) are here to save the day. To do this you, the player, are going to hack, slash and jump through about fifty levels and half a dozen bosses before you get to the big DK.

That’s pretty much it. I wish I could drop hints about a secret ending, or some Ghouls twist where players have to do the game twice… but there isn’t.

Save Us, Oh [Insert Name Here]

So, lack of story out of the way, let’s talk about the gameplay instead. As you might expect from the 8/16bit era of platformers, the hero starts on the left of the screen… and proceeds to the right. He can jump, he can swing his sword and, after a fashion, he can throw magical attacks too. But you have to buy them.

Enemies pop up, quite literally at times from gravestones, or fly down from the atop the screen, which all fall to a few swings of the sword. All this is framed by levels littered with pitfalls, traps, lava, you name it. Some pitfalls will cause damage, others will flat out kill you and send you back to the beginning of the level. How you find out is trial and error.

As I said, it’s very much a Ghouls ‘n Goblins/Altered Beast “old school” action platformer. However, it doesn’t share their level of playability.

No Kingdom Is Worth This Much Hassle

For one, it’s got the most obnoxious of control systems. One that cannot be changed, to add to you annoyance. For the sake of this review, we’ll go by the standard Switch button layout.

So, you’d expect B to be jump, Y to wave that sharp thing about, right? Instead it’s A for the former, X for the latter. Yes, I am aware that there’s no “universal control scheme” for games, and that we have to adapt. But that’s just daft and very fiddly. The amount of times I’ve hit B to not fall off something, only to forget it’s not the “normal” muscle memory and goes against the accepted conventions.

Whilst it’s a personal complaint that may resonate with some, it’s doubly annoying that it can’t be changed. And no, it’s not a retro thing, because I don’t recall Super Mario World having such an obtuse controller layout.

There are some fifty levels to this romp, interspersed with six different bosses. If the obtuse and difficult platforming are the chewy meat, this is the over-boiled veg. Again, Sword & Bones takes its inspiration from other, tougher games.

They all vary, which is nice. Some will have you banging your head against a wall, others have exploits that can make it slightly easier. But, like all classics, Sword & Bones has one more hidden boss to explore for that sweet, true ending.

Each level has a suit of armour to find in it. Collect all fifty and you’ll be able to purchase a suit of gold armour from the shopkeeper. This unlocks a colosseum, which will see players put against waves of enemies and one final, true ending boss. It’s a nice little extra, if you want to. But if that doesn’t tickle your fancy, the main game is enough to keep you going.

Rise Up… Or Not

My overall impression/conclusion of Sword & Bones is a middling one. On one hand, I can see what SEEP are trying to do, especially with their back catalogue. They clearly have a passion for the classics, which does show with what they’re trying to do.

On the other hand, and this is where the “critical” bit comes in: it’s just not that fun to play. The controls feel cumbersome and awkward. The platforming can be a right pain in the arse at times, requiring fiddly precision lest ye fall into instant-death pits. The combat can suck too, when you can get blindsided by a few enemies at once. You only start with a few health bars, and they’ll be smacked down quicker than Link’s in the crappy CDi Zelda games.

To summarise; this review is short because I got fed up with the game. You might like it if you’re a fan of both retro and attrition; throwing yourself at the same crappy level structure countless times. It’s full of that retro charm, score and graphical throwback to keep the nostalgia-heads happy. To anyone else, there’s better games out there. Like Shovel Knight.

A modern, “retro-inspired” title in the shape of Shovel Knight and Ghost ‘n Goblins, Sword & Bones is clearly a small team’s love letter. Once that veil drops, however, it just devolves into a needlessly hard platformer that doesn’t feel like persevering with.

Sword & Bones is available now on Nintendo Switch (reviewed on) and PC.