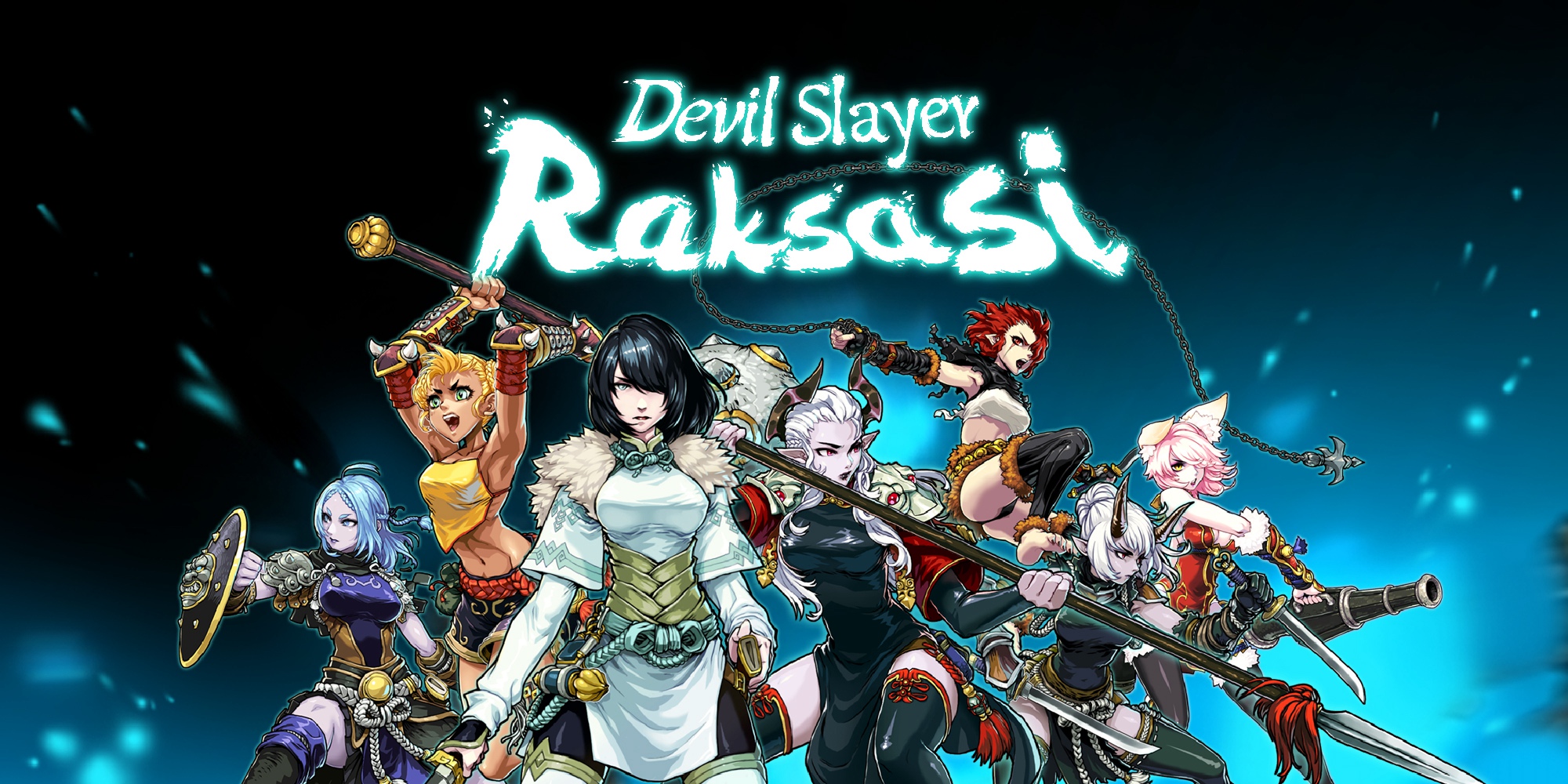 Top-down camera and souls-like combat should make for an interesting take on the roguelike in Devil Slayer Raksasi. We take a look in the Finger Guns Review:

When games are described as top-down, usually this means a kind of high-angle camera but at enough of a degree to see the whole character, their movements, limbs and animations. Devil Slayer Raksasi stands out from the crowd with its camera literally overhead, reducing your avatar, your Devil Slayer, to a head, shoulders and arms for the most part, and whatever weapon you happen to have equipped. It takes a bit from both roguelites and roguelikes and melds it with a sort of Chinese Dark Souls feel. But is it worth your time?

So, giving you a synopsis of the story is a little tricky in Devil Slayer Raksasi. There just isn’t that much to speak of. In that way it takes from many other roguelikes/lites of the last decade and the Dark Souls franchise, in making story only marginally important to proceedings, and driving gameplay front and centre. That’s a great path to take if your game’s gameplay is as rewarding as the average Souls game. The same cannot be said for Devil Slayer Raksasi, which limits its combat to a couple of barely animated thrusts, and loses its freshness within just a few hours.

You start as Byleth, one of a group of female devil slayers, one with entirely too much fringe. I mean, so much so that she could not see to fight effectively. You make your way through a series of trials – six stages that seem to amount to a final exam for the devil slayer. Each one transports you to a new locale such as a wartorn Chinese village in the midst of a demonic battle, or to devil-infested swamps and woodlands. You are searching for the Key bearer, and there is a sort of narrative told through notes and dropped notebooks, but within an hour it’ll fade into the background as you realise it has no influence or impact on anything you’re doing.

As it’s a roguelike/lite, each time you die you awaken again in a small Chinese house, where a trio of anthro cat people say they are a little disappointed in your progress, but that they are sure you’ll prevail next time. Which is nice of them, isn’t it? The house is populated by a number of mysterious figures; old men with long scrolls and even longer eyebrows for example. But again none really has anything to say, and there’s no background to anyone.

Each level is made up of series of procedurally-ordered rooms which must be cleared of enemies, before the doors will unlock and a chest fall on your head. Enemies drop items, loot and buffs, and generally won’t give you too much trouble once you’ve learned the controls. There are three difficulty settings and each is pretty well balanced.

At the end of each stage, you’ll find yourself in a kind of Firelink Shrine-type yurt/fort where a group of strange Chinese mystics will vie for the souls you’ve collected from your kills. Only one gives you close to permanent buffs, while others let you buy items that will then drop randomly in subsequent runs and stages. There’s a fair bit to choose from and it’s easy to spend your souls. However there’s no levelling system, only a few items that will up your HP, Stamina and MP at random on

one run, and not at all the next. Souls must be spent before you can progress, so at least once a level is complete there’s no chance of losing all your souls.

It’s a little annoying that once unlocked, these items don’t generally stick around, but just become random drops. And with pretty low drop rates too. After getting the puppet drop, which turns enemies to your side, once I died, I never saw it again for the entire time playing. When it comes to levelling, that means there are no permanent levelling items, just a couple of buffs per character, and that puts this far closer to the roguelike end of the spectrum, rather than the roguelite.

Completing each of the chapters or stages earns you both new bosses to attempt on your next run but also stronger better characters with better weapons. Byleth as the starter character is the weakest, and getting through the whole six stages with her is very hard indeed. But with a heavy character like Kharoum and her huge mace it was much more manageable. There’s characters with spears and dual blades too, and each does need its own style of play. Drops do seem to get more plentiful with later characters, along with their weapons getting more powerful.

Completing stage six may seem like the end, but there is some replayability in earning multiple bosses for each stage, completing every stage with every character and the dozens of buffs and random items that are available to try out and earn. One of the better buffs you can find are familiars; a dog or a pufferfish for example that will accompany you and attack enemies in each room, generally making things easier. One of my favourites was a buff that created ally spiders out of enemies, that then went to attack the next enemies and spawn even more spiders.

The controls for a combat-heavy roguelike need to be good and while attacking is fine, the dodge system could use work. Stamina doesn’t function like you might expect. Your weapon thrusts and slices don’t cost any stamina, but running and dodging do. This means you can wail on most enemies, but at the same time there are very rarely any staggering elements, and most will just counter or attack you anyway, ignoring your hits. You’ll settle into an attack and retreat rhythm, and the difficulty lies not in stamina conservation but in the reach of your weapons – with an overhead camera, range becomes so much clearer and far more important to the overall gameplay.

Devil Slayer Raksasi has a parry system, but again it feels awkward. It’s kind of Auto-Parry. You hold down the heavy attack button before you are attacked and if you time it right, you’ll automatically counterattack. It doesn’t feel intuitive, and most of the time there were more effective ways to fight.

There is a distinctive Asian look about Devil Slayer Raksasi; hand-drawn sprites made of multiple moving parts that act like paper dolls. It’s a style that we’ve seen in The Coma and a few other indies. However, this paper doll feel can really make combat feel sluggish and does nothing to aid immersion in the world. Your player character and enemies end up looking flash-animated, and overlaid on a more detailed world and it effects how responsive the controls feel.

Devil Slayer Raksasi has a soundtrack, but even after hours with the game I can’t remember any themes or melodies. The background music is just that, background. You’d be forgiven almost not realising it’s there at all. Combat sound effects and such all serve their purpose but there’s nothing that stands out or really draws attention to sound design.

Though it’s pretty derivative, Devil Slayer Raksasi is a notable take on the roguelike. Its directly overhead camera perspective is novel but serves really to draw you too far out of the action, and its randomly earned drops leave it straddling the line between roguelite and roguelike. The real problem is that most of its other elements have been seen before and in better games.