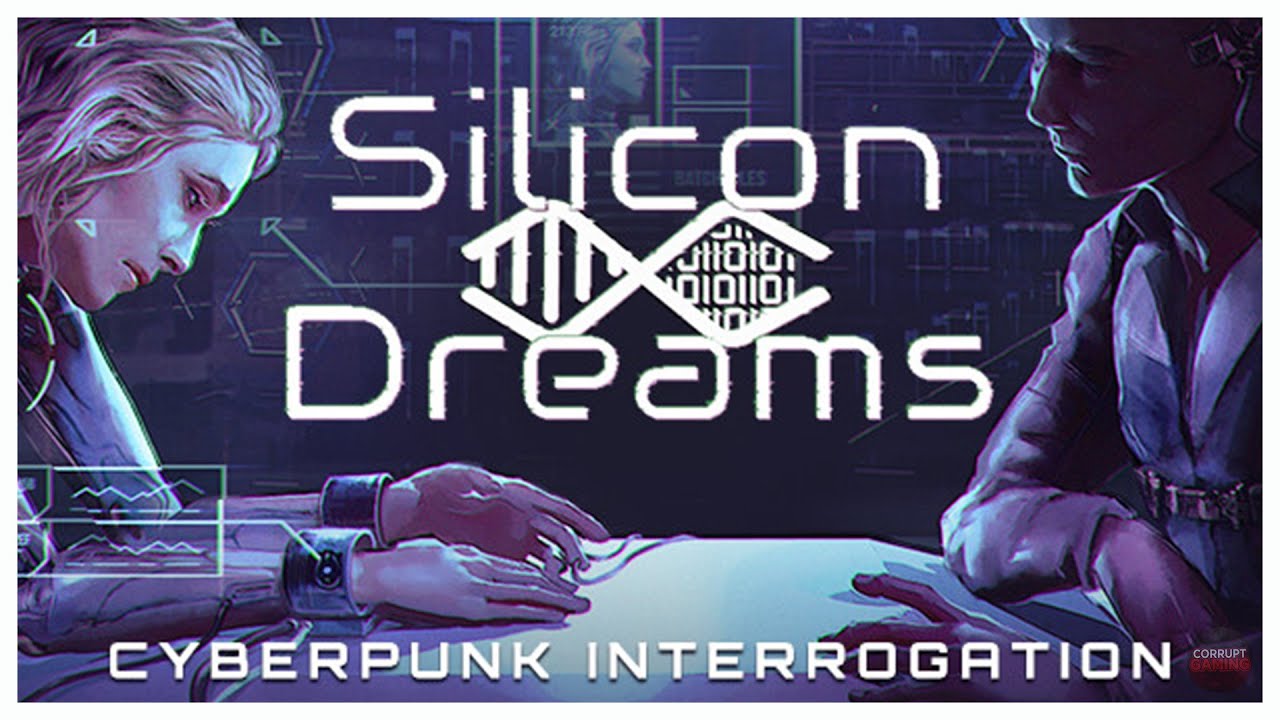 Heavily inspired by Blade Runner, Silicon Dreams combines the structure of a Voight-Kampff test with some big questions about artificial intelligence. The Finger Guns Review.

Heavily inspired by Blade Runner, Silicon Dreams combines the structure of a Voight-Kampff test with some big questions about artificial intelligence. The Finger Guns Review.

It’s quite incredible to think of the cultural effect that the novel ‘Do Androids Dream of Electric Sheep?’ and the Blade Runner Movie have had. They certainly helped usher in the era of Cyberpunk, defining it with futuristic, neon-kissed urban sprawl and late stage capitalism filled with quasi-omnipotent corporations. Most importantly, it made a whole generation of movie goers question the basis of humanity. Silicon Dreams is a game that’s steeped in that premise, taking more than a few cues from Blade Runner.

In Silicon Dreams, you play as an interrogator-model android owned by Kronos Robotics. It’s their job to interrogate those that their owner ask them too. Using a system that’s reminiscent of the Voight-Kampff test, the interrogator gets to monitor the emotions – joy, fear, anger, sadness, disgust and surprise – of the suspect while under questioning.

Each subject for interrogation in Silicon Dreams comes with a report which needs to be completed. These are lists of questions and objectives that need to be answered before a determination can be made. Can this model feel sadness and joy simultaneously? What does this android feel towards its owner? Does this droid like Kronos Robotics? Has this person broken a law? It’s these kinds of questions that that need to be answered. Doing so correctly will raise the interrogator’s rank within the corporation. Make mistakes or intentionally post fraudulent reports and it’ll impact your standing with Kronos.

In order to complete the objectives and submit your report, you’ll need to ask probing questions. Presented as evolving dialogue trees, the interrogator droid will ask its subject whatever query the player guides them too. As each question is asked, you can monitor how it affected the case’s emotional state. Unveil a piece of information that the subject doesn’t think you know and you’ll increase their surprise state. Threaten the being sat in the interrogation chair and you’ll affect their sadness or fear. Every line of dialogue is tracked in a verbatim record of the proceedings which also measures the emotional impact it had.

The order and manner in which questions are asked are just as important as the questions themselves. One quality that isn’t tracked as a numerical value is trust. Go in aggressively and some subjects will clam up and refuse to answer some certain questions. Come across as friendly and non-threatening and some androids will feel emboldened to keep secrets. There’s a few tools you can use to quickly effect a targets emotions. The first is to lock them to their chair. Every interviewee will start the process calmly sat on a chair but if you feel like they’re keeping things from you, you can scare them by activating the restraints. Of course, this breaks any trust you might have built up with the subject at the point. If you’ve been performing well for Kronos and rising up the rank, you’ll also get access to a second tool – an emotion creator. This can be used to boost certain feelings after each question. Want someone to get angry so they slip up? Pump up their irritation.

Once you’ve exhausted the dialogue trees or you’ve completed the report to a level you’re satisfied with, you then get to make a determination. If it’s a Kronos android you’re grilling, maybe they’re too defective to fix and need to be destroyed. Perhaps they just need a tune up in the maintenance bay? If it’s a member of the public, you could refer them onto another part of the corporation or send them packing. You’ve usually got 3 options to choose from, each of which represents a very different outcome for the subject in the interrogation chair.

Spread through the interrogations in Silicon Dreams is a trail of narrative breadcrumbs. As you grill each subject, you’ll learn more about an overarching story which links many of the interrogations to form a thought provoking theme. The androids in this world are seen as objects to own and use as their owners see fit. Dependent on their designated purpose, they’re also equipped with the ability to experience a range of emotions – but only those that make them most efficient at their role. Things are changing though. More and more androids are developing perceived deviancies, defying their programmed identities and growing beyond their creators intentions. As an android themselves, the player controller integrator has decisions to make. Do they toe the party line, following the instructions of Kronos to the letter, or do they attempt to cover up for their android brethren by falsifying their reports, potentially allowing artificial life to blossom? How will this decisions effect the ‘life’ of the interrogator? If the interrogator can make these empathic and individualistic decisions, does this make them deviant? Silicon Dreams raises all of these questions during its 4 hour duration and offers different endings based on the players choices. What’s very impressive about Silicon Dreams is how it manages to make the choices you make interesting enough that you want to see all branches of them.

This is primarily achieved through very well written dialogue. There’s no vocal performances in this game – all conversations are in text – but each character that ends up in the interrogation chair has a unique way of speaking. Androids with access to different emotional ranges respond in very different ways. Humans brought in for questioning each have their own personalities and serve their purpose in progressing the overarching story in believable ways. I imagine the conversations game could have really soared with voice acting but the writing itself does an admirable job.

What’s more, Silicon Dreams doesn’t fall into the same pitfalls that so many other games that have attempted to explore similar themes have. While there’s certainly parallels between the struggles of the in game androids and real world slavery and inequality, the game doesn’t try to capitalise on that. There’s no Martin Luther King quotes shoehorned in (I’m looking at you Detroit Become Human). This isn’t thinly veiled trauma exploitation. The sci-fi struggle here has its own original and fictional path.

It has to be said though – Silicon Dreams won’t be for everyone. It’s not a hugely interactive game. There’s only 2 environments to look around – the interrogation desk and the android’s room – and you can only do that from a fixed position. Aspects of these area’s will change as you progress but they’re not particularly detailed areas at any point in the game.

If you’re a fan of Philip K. Dick’s seminal work, Silicon Dreams is absolutely worth your time. It’s not the most interactive game but it expertly explores some thought provoking themes that are synonymous with Blade Runner via an engrossing game play loop and well crafted dialogue. It’s only 4 hours long but you’ll want to play this game twice.

Silicon Dreams is available now on PC via Steam.