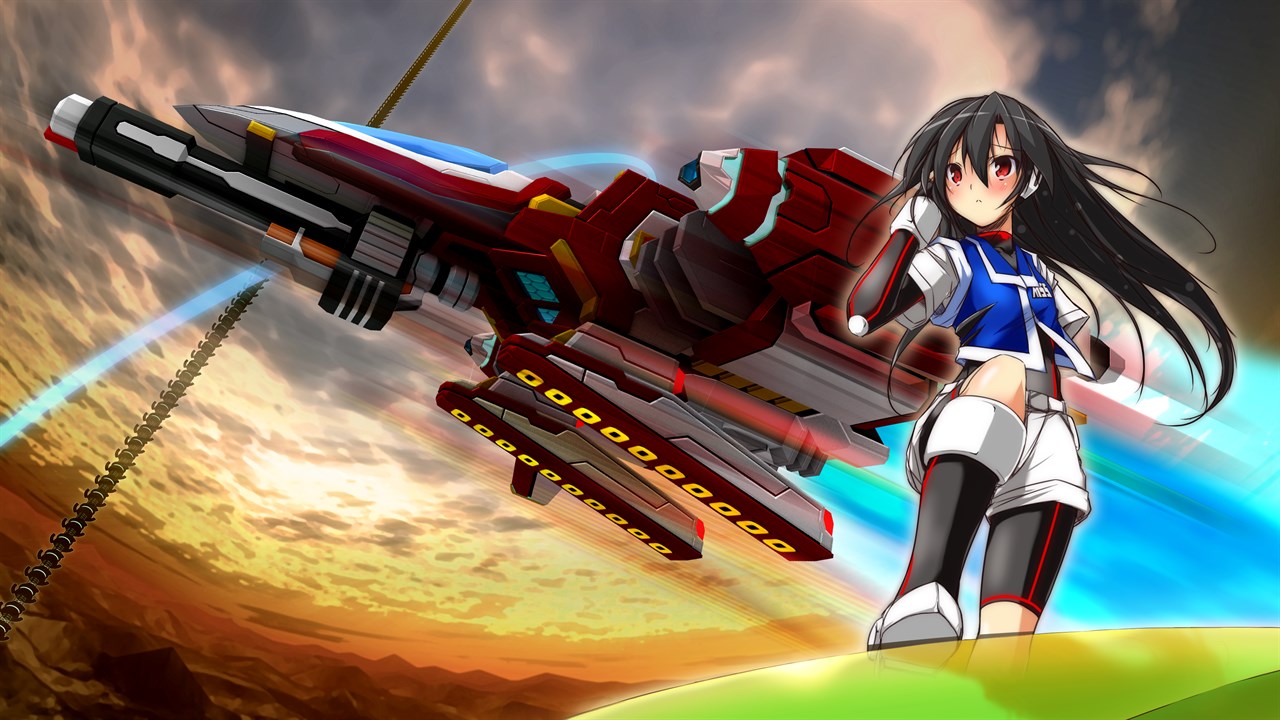 Natsuki Chronicles is the shoot-em-up your PlayStation has been waiting for: an enjoyable bullet hell. The Finger Guns review.

I miss the good old days when you could walk into a smoke-filled arcade and see wall to wall arcade machines tempting gamers with their beeps, bops, digitised speech and synth music.

Perhaps 8 out of every 10 of these games was a side-scrolling shoot-em-up. Screens filled with the most terrifying alien creatures and more glowing orbs than you can shake a stick at.

Times have changed, however, and you’d be hard pushed to find an arcade anywhere outside of Japan, and even harder to find a good shoot-em-‘up. The side scrolling shooter is as good as dead. Aside from some hardcore gamers who thrive on bullet hell who are keeping the dream alive. Shoot-em-ups are more a niche now than mainstream.

However, as technology progresses, so do the games with developers now having more power at their disposal than ever before, able to create 3D graphics, and have almost an infinite number of bullets on screen at once without fear of slow down. Some games have made it with a degree of accessibility for even the most novice gamer and some have carved another path for those who relish a challenge for their hard-trained reactions to be tested.

The good news is that Natsuki Chronicles sits happily in the middle which makes this one of the best shooters in recent memory.

Qute Corporation has managed to achieve this middle ground by constantly rewarding the player no matter how bad you are at the game. It’s possible to get some of the more powerful unlocks just by repeated playthroughs.  You see unlike most games of this genre, you buy your power-ups, rather than get them from shooting down enemy ships, so the more you play, the more credits you get enabling you to purchase more powerful specials.

Even if you don’t manage to complete a level you will still be rewarded. obviously the better the play through the more credits you will receive and the quicker you will level up. It’s a great idea for a shooter if like me you’re hopeless. You still have a fighting chance and the more you play, the quicker you can unlock all the extras.

All in all, there are plenty of weapons and upgrades for the gamer to purchase making the game fit their style of play. Of course, some weapons work better on certain levels than others, so a bit of trial and error is needed.

Not only is it the weapons that come to your aid, but your ship is also quite the helping hand. Unlike most shooters of this ilk, your ship can take damage, in this case three hits. If however, you dodge attacks for a while, your shield actually regenerates. Also, it comes with handy front and back fitting lasers, both of which can be powered up. This allows the developers to throw cannon fodder at you from all angles without it becoming unfair as some shooters can be.

But don’t be fooled. This is no easy game, even in the early stages, and on the easy setting, you’ll rarely get time to breathe between all the explosions and laser fire despite your ship’s nimble manoeuvring skills. The enemies come thick and fast spitting bullets at you non-stop. From the smaller drones who fire solitary laser blobs at you to screen-filling tanks that are lobbing missiles at you. This game is a massive challenge. There is an easy and normal setting plus two further difficulties to unlock if you’re feeling extra brave. However, the more you play, the more continues you unlock, which encourages replayability.  Natsuki Chronicles is frantic but fair and offers a good challenge no matter your skill level.

The graphics look great too. I mean they’re not on the same level as games such as Sine Mora, but they are decent enough allowing for some clever level design and using the 3D space have the enemies coming at you from all angles. The sound gets a mention too for embracing the sort of tunes that old school shooter fans will love. Digital rawk tunes feel like a direct feed form a 90’s arcade and fits the game perfectly.

There is story behind all the laser bullets and one that runs parallel to Ginga Force. As the name suggests it chronicles the story of Natsuki and her past as she ranks up from rookie to full-blown pilot in the present day. It’s great that this has the same setting as Ginga Force, but is kind of wasted a bit on us Westerners. The story is told with simple English subtitles, charter profile pictures, and Japanese dialogue. Part of the story is told via cut scenes – which is fine, but the rest however is told while you’re in-game.

I gave up on it to be honest because trying to dodge the bazillion bullets heading your way while also attempting to read subtitles is an impossibility. Seeing as this game actually has a decent story, something more than most shooters, it’s a shame that you miss half of it unless your eyeballs can do two things at once.

What I like about Natsuki Chronicles is the two modes of play you get. The first is the story mode as detailed above with the purchasing of power-ups. The second is the more traditional arcade experience, doing away with all the leveling up aspects of story mode instead of throwing you at the start and seeing how far you get.

The special weapons and upgrades are dotted around the levels ready for you to collect. These upgrades also act as your shield buffs, get hit and your weapon will downgrade until you are back to our basic weapon. This style of play will be familiar to anyone who has played anything from R-Type to Parodius.

Overall, there is plenty of game here and enough to challenge even the most hardened shoot-em-up fantatic, but also enough tricks up its sleeve to cater for newcomers.

The sheer variety and number of enemies thrown at you during the cleverly designed levels stop the repetitive nature of these games setting in too quickly. For those who have better trigger fingers than me will relish the unlockable difficulty levels. Where the more casual gamers will enjoy a surprisingly deep pick-up-and-play shoot-’em-up experience. It’s just a shame that the story is near pointless though.

Overall, there is plenty of game here and enough to challenge even the most hardened shoot-’em-up fanatic, but also enough tricks up its sleeve to cater for newcomers. Natsuki Chronicles will be on my ‘pick up and play’ list for a while.

Make sure to follow Finger Guns on our social channels –Twitter, Facebook, Twitch, Spotify or Apple Podcasts – to keep up to date on our news, reviews, and features.