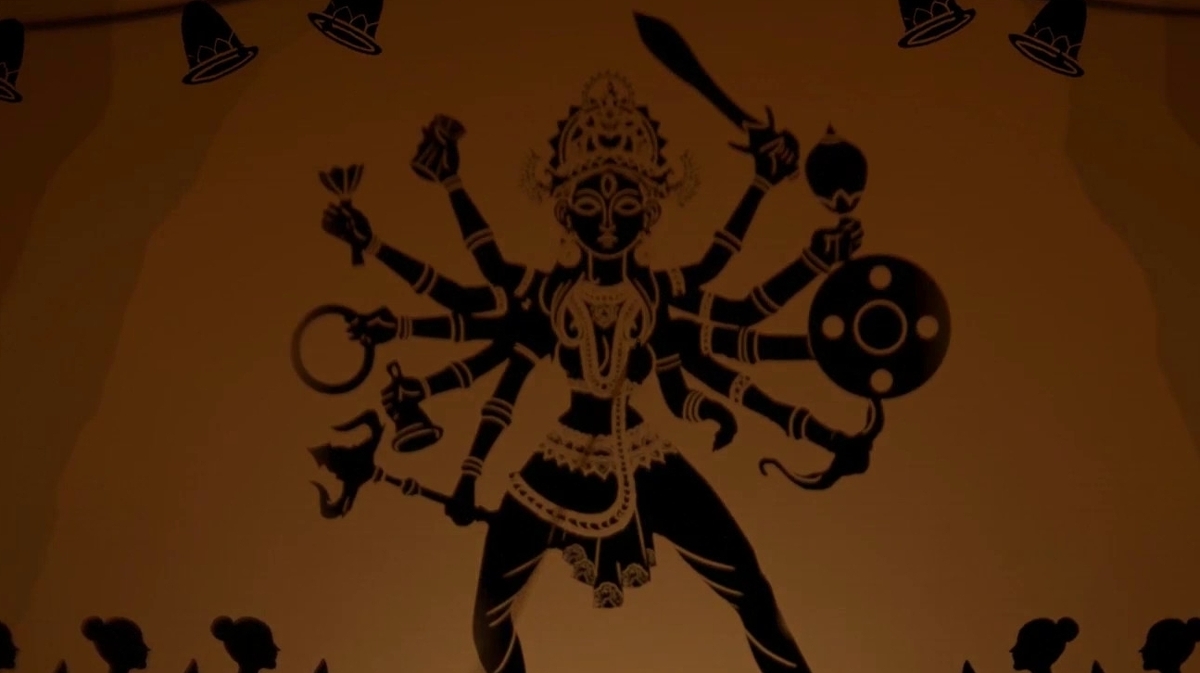 It’s easy to forget how much of the games industry is focused through an American or European lens when you’re totally surrounded by it. Occasionally, a game bursts through that veil and reminds everyone that there is a world of stories out there waiting to be told beyond the male white protagonists that dominate the industry. It’s even better when a studio who knows and understands the culture brings it to virtual life. Never Alone managed it. Mulaka did too. Now Raji: An Ancient Epic is delivering an action adventure story surrounded by Hindu iconography and Indian architecture. Despite its lack of polish, Raji’s tale is one worth playing.

Raji: An Ancient Epic begins at a colourful festival. The titular Raji and her little brother Golu are carnival performers and are mid routine when an army of demons arrives and kidnaps the younger sibling along with the rest of the children in attendance. Packing the youngsters into cages, these monstrous beings steal their capturs away towards their demonic master with Raji in pursuit. It’s on the road that the lead uncovers her powers and that she has been chosen by the gods in order to fight back against the evil Mahabalasura that is decimating the lands.

The story of Raji is primarily told through cut scenes made up of shadow puppet-like animations. While these are probably not the most effective way to portray a narrative in a video game, they are an ancient part of India’s culture and feel very appropriate here. The rest of the necessary exposition and plot is delivered via a narration by the gods Durga and Vishnu which the player can hear but Raji the character can not. The voice acting here can get a little wooden but for the most part, it’s a serviceable way to both educate the player in Indian heritage and progress the story. While that story makes good use of Indian culture to give it a unique flavour, it’s not particularly deep.

Thankfully, the game play makes up for the shortcomings in the story department. An action-adventure in the same vein as Prince of Persia, Raji: An Ancient Epic is a third person platformer with liberal sprinklings of combat. The game very rarely breaks from a formula of platforming followed by a closed arena fight followed by more platforming. Wall running, climbing poles then leaping between them, sliding down tapestries and making impossible-looking leaps are all standing between Raji and her brother. This is all done from fixed camera positions to give the game a sense of depth.

The combat is a highlight in Raji: An Ancient Epic. The titular character begins the game with a trident-like weapon – the Trishul – that is gifted to her by Durga. Later she receives a bow from Vishnu and a sword and shield from Shiva which offer something different with their own strengths and weaknesses. Each weapon has 2 different types of attack that can be combo’d together as well as special attacks after wall running. All of the weapons can also be imbued with one of three elemental abilities, all of which can be upgraded with collectables often hidden off the beaten track. In the game you’ll be fighting a pretty impressive array of demons and monsters, all based around indian mythology. The groups thrown at you offer a decent challenge and constant variety as new enemies types are introduced and then rotated with the existing rogues gallery. While the combat in Raji isn’t breaking any new ground, it’s an enjoyably challenging system that Nodding Head Games have put together.

There’s a handful of boss battles in Raji that follow the tried and tested attack pattern system that the player has to learn in order to defeat them. These bosses offer small difficulty spikes that’ll need some trial and error and always utilise the most recent power or weapon unlocks.

Every so often Raji also throws a puzzle into the mix. Mandala’s that tell the history of Raji and Golu are broken down into concentric rings that need to be aligned into a cohesive image. There’s a handful of cog puzzles where you move the pieces in order to form a functional mechanism. Lastly there’s cursed tree’s with masks on their surface that need to be put together like a 3D jigsaw in order to cleanse the area. These are all very simplistic and easy to solve but they do help give the game a little more variety. `

Visually, Raji: An Ancient Epic is a mixed bag and one of extremes. There are times when this game looks fantastic, particularly during the few times when you’re venturing into new areas. There’s indian and Hindu themes employed throughout with a snake temple dedicated to Naga and a city of mechanics centered around Vishnu that are particular highlights. The game world is colourful, vibrant and while it’s not brimming with fine details, it’s fleshed out just enough to make it enticing. However, there are corners of this game that feel bare, bereft of detail and almost unnecessary in their existence. There’s pockets of bland space which are jarring compared to the exotic and interesting environments you traverse elsewhere.

This isn’t the only rough edge to Raji: An Ancient Epic either. There’s a general lack of polish to certain aspects of the game. During 2 different combat encounters, I’ve ended up locked inside an arena despite there being no more enemies to defeat – I think there’s a possibility that one of the few flying enemies flew a little too far away to be defeated, locking me in the arena. During one fight, I clipped through a set of stairs and got stuck inside them while still being attacked by a bunch of monkey looking things. During a boss fight, I was smashed into and then through the floor, leaving Raji falling through nothingness. There’s a handful of times when I’d wish that the game had better signposted the difference between the ‘correct path’ and the ‘the collectables are in a dead end this way but you won’t be able to reach it if you go down the correct path’ too.

What Raji: An Ancient Epic hasn’t skimped on is the soundtrack. It’s a really excellent collection of indian infuzed music that sets a perfect tone during combat, exploration and boss battles.

I backed the Raji: An Ancient Epic Kickstarter in December 2017 before it was cancelled. It’s a game I wanted to see come to fruition back then and am very glad exists now. While it’s not breaking any new ground with its game play, the use of Indian culture and Hindu iconography give this game a unique feel. If you want a game that feels both oddly familiar yet idiosyncratic for Western gamers that’ll entertain you for 6 hours, this is it.

While not without its flaws, Raji: An Ancient Epic is a competent and enjoyable debut from Nodding Head Games that leans on some video game classics for its mechanics and combat but blends them with Hindu iconography and Balinese mythology to give it oodles of character.

Raji: An Ancient Epic is available now on Nintendo Switch (review version). It is launching on PC on October 15th.