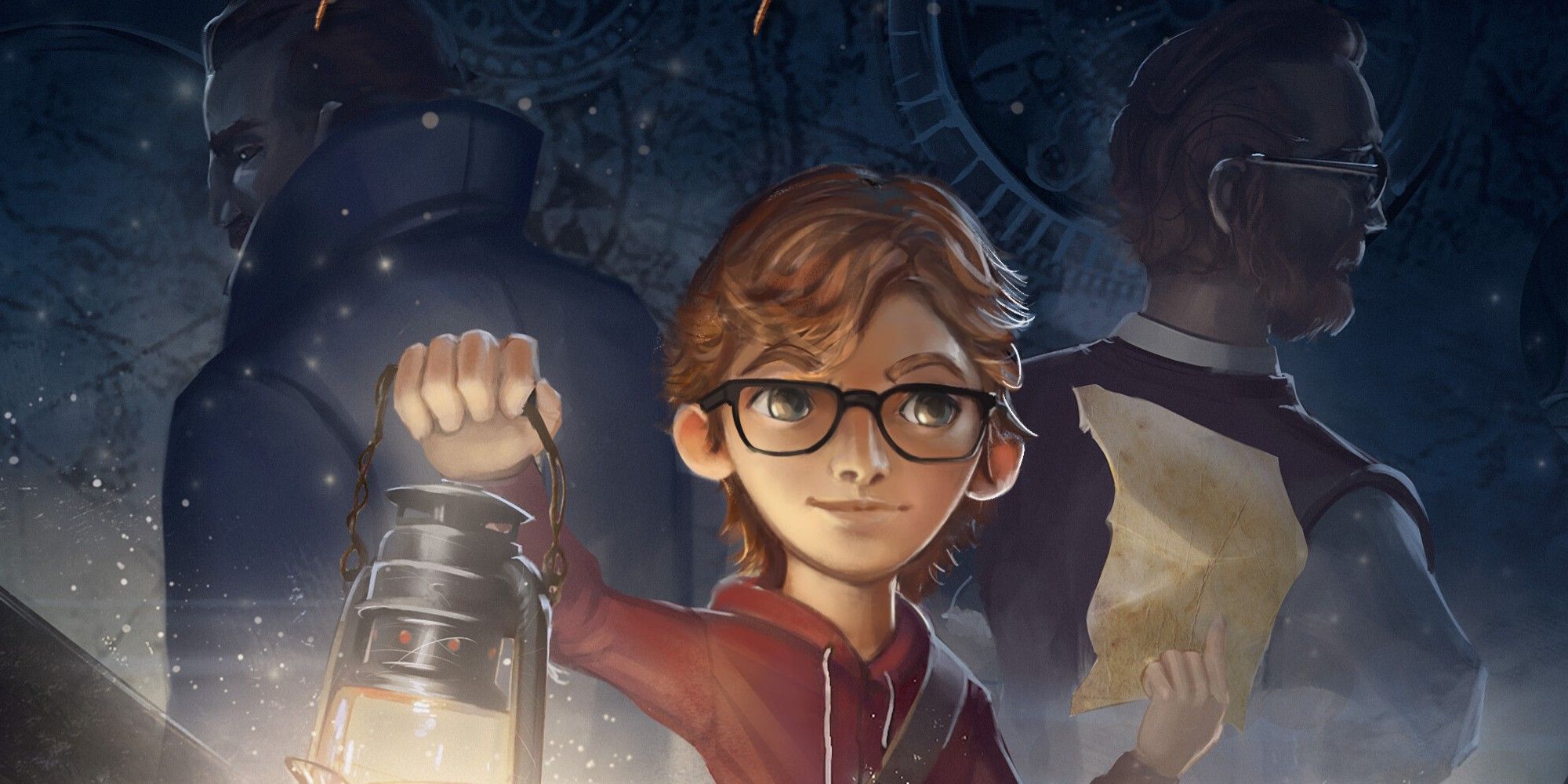 Willy Morgan and The Curse of Bone Town is both a beginners Point and Click, and a homage to the greats. But is it also a classic, or should it be confined to Davy Jones' locker? The Finger Guns Review:

Thank you for pointing and clicking on this review. Now we can be pretty certain (as long as those pesky robots haven’t worked out how to identify traffic lights) that you are human, and you have all the essential skills you need to take on Willy Morgan and the Curse of Bone Town, a point and click adventure with a distinctly nautical theme. Don’t worry, that’s a good thing. This one smells of old mystery, rather than rotting fish.

Willy Morgan, our titular lead, is the son of a certain Henry Morgan, who disappeared ten years ago. Willy doesn’t seem too cut up about it, but he is very interested in finding out the meaning behind a letter he’s received this morning from his long-lost father, dated ten years prior. Time to visit Bone Town and discover what happened to ol’ Daddy Morgan. I’m calling it now, there might be a curse involved.

With the scene set, let’s hoist the mizzen and set sail into the unknown waters of this review.

Willy lives in a world that resembles a lost Aardman animation, with warped walls, bowed doors and deformed furniture, that all give the game a fun cartoon feel. The game is made up of a large number of backgrounds that you can explore and click on items to investigate. As you go about your search you can click on everything, get a wisecrack answer for your trouble and sometimes find something worthwhile.

Like the best point and clicks, it features a large number of lateral-thinking puzzles that involve combining items you have found in the world. Most of these puzzles were much simpler to fathom the item combinations for, than say some of the classics of the genre, involving Islands and Monkeys, that have left me scratching my underarms in confusion for hours.

Some of these puzzles can be great fun, and some can be downright absurd. And some can be both. In order to get to Bone Town, the first main puzzle is to get your bike and cycle there. Simple enough, until you realise that the bike has been broken down into its constituent parts and every single bit is strewn about the house in different rooms, locked away behind further item combinations or propping up the fridge. The game has clearly been designed by a sadist.

I mean who in their right mind keeps all the parts of their bike separately around the house? What for? Did he do it to discourage exercise? Does he have amnesia and it’s a desperate reminder he left himself not to leave for Bone Town? I mean, there’s a curse, right? The answer to that mystery remains unsolved but as I said, this type of puzzle is both fun and absurd, so if that kind of thing appeals to you as much as it does me, then this might be just your jam.

Once you are in Bone Town, a larger mystery quickly unfolds. Old Henry Morgan was on the trail of an ancient pirate treasure, and the treasure map is in eight pieces (pieces of eight?) locked away or hidden throughout town. Plus Willy isn’t the only one in town snooping about. There’s someone watching him, and keeping tabs. Could they be after the treasure? The plot thickens.

Willy Morgan himself is an endearing and likeable protagonist. He’s scarily independent, to the point that while his absent mum is overseas, Willy takes it upon himself to leave home, cycle to Bone Town and stay at the inn there. If I had a criticism of him, it would be that he barely seems to react to some of the more dramatic moments, always far more concerned with the next item combination to be found, and this was sometimes jarring.

The narrative is simple and treads a tried and tested path, so don’t expect too many surprises. It does little in terms of drama and tension. However it does what is necessary, serving its central mystery and keeping you motivated to continue. In a genre that likes to tell a story, this is both a blessing and a curse. Its straightforward and doesn’t entangle you in superfluous info very often, but its also pretty short and sweet, and no one will have much trouble finishing it in five hours or less.

Willy has a satchel into which he will put every item you click on that isn’t bolted down. And if you can find a wrench, then those too. The satchel makes me laugh because more than once items go in there that would never fit, or at least the volume of items inside becomes the joke itself. It’s like he stole it off Mary Poppins.

One of the best features, especially when considered over older point and click titles, is the mechanic of pressing spacebar to highlight what can actually be clicked. It means you can know for certain you’ve cleared a room, which has often been a bugbear of mine in point and click adventures. If you don’t know you’ve found all the items, you can’t even hope to figure out the puzzles.

There were a few times during play that I found myself lost, and when I did find the solution it was not a clear thing to do. There are required item combinations that I’m convinced no one finds without doing what we all did on Monkey Island; simply trying out every item against every other item and getting lucky. Working it out without that is often beyond my tiny human brain, but this can be demoralising.

Not everything is perfect in Bone Town. Animation is pretty basic throughout, and beyond a few moving lights or swinging signs, the locales don’t do much. Bone Town, as the name suggests is a bit sparse in terms of people, but there comes a point where everything just feels a bit empty.

Almost every line is fully voiced by Willy Morgan himself who mostly does a good job of adding wit and interest to all the items he’s observing. He is written with some fun tongue-in-cheek dialogue, and like the best of the genre he doesn’t take himself too seriously. There are a few other cast members around town, but generally apart from Willy, I found their dialogue a little over the top and hammed up, but not so much that it’ll cause anyone any issue. In the previews for the game, Willy was a silent protagonist, so it’s really great to see a fully voiced adventure in the full game.

Also without spoiling the ending, I will say that the conclusion of the tale is pretty abrupt. I was expecting a game almost double the length, so when I suddenly solved the mystery and completed one more puzzle, everything was over in five minutes.

I enjoyed playing Willy Morgan and the Curse of Bone Town. Point and Click games can be slow and frustrating, but with its easy fast travel map between locales, Willy Morgan lets you try out everything you can think of nice and quickly. I think this one lends itself to first-timers even though it’s clearly been aimed at those who hold Monkey Island close to their hearts – there are numerous references and in-jokes for the eagle-eyed, but it’s also too simple and beginner for anyone with experience in these games. Heck, I will freely admit being pretty rubbish at the whole genre, but I managed to complete the game in around five hours.

It’s nice to see the point and click genre is still alive and well, with an adventure high in production values – there are even some CGI cutscenes at pivotal moments. With slightly simpler puzzles and the really great spacebar highlight system, it’s a lot more user-friendly than the classics and could go some way to hooking a few impressionable kids into the genre.

With one foot in the classics, and one foot in the modern era, and a plethora of fun and witty puzzles, Willy Morgan and the Curse of Bone Town is worth your time. It’s just a shame it’s such a short amount of time.

Willy Morgan and the Curse of Bone Town is launching on PC via Steam on August 11th, 2020