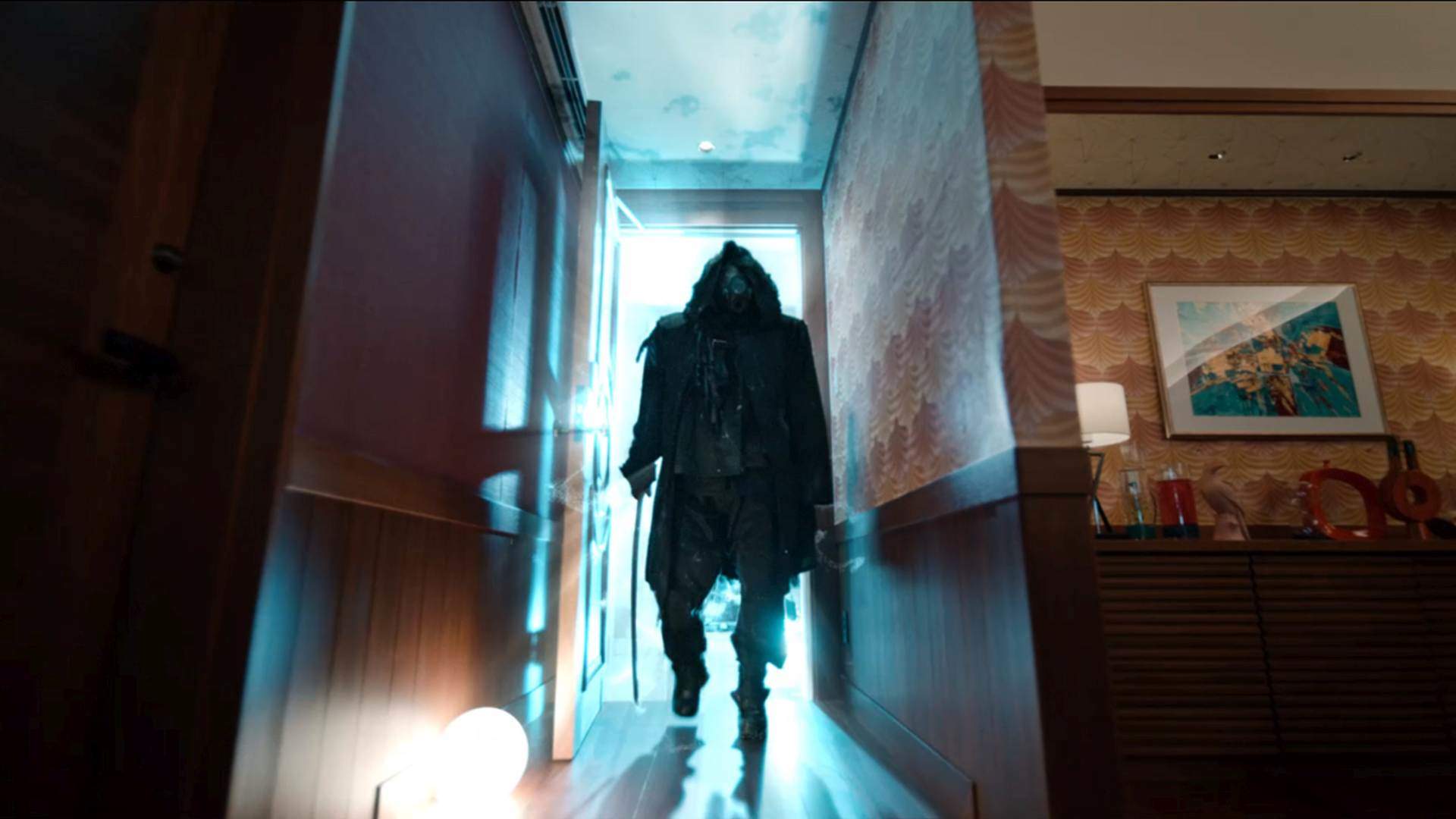 An FMV game from the minds behind Danganronpa, Death Come True is an interesting evolution of the formula. The Finger Guns Review.

I knew Death Come True was going to be a little messed up. The debut game from Too Kyo Games, a team filled with talent that had worked on Danganronpa and the Zero Escape series, was bound to be thought provoking and a little “out there”. For the team involved, this game is a real departure from what they’re used too. Their previous work includes anime and visual novel games and these influences shine through in Death Come True everywhere you look – but this new game is an FMV title or, as the developers describe it, “an interactive film adventure game”. This game takes this genre in an interesting new direction though, taking branching narratives that often extend an FMV games run time and includes them in the narrative in quite ingenious ways.

Death Come True begins as the lead character Makoto Karaki awakes in a hotel room. Suffering from amnesia (I promise this isn’t as trite as it initially seems) he has no idea how he got there, where he is or even who he is. The news is blaring on the TV and one story cuts through the noise – Makoto Karaki is a wanted serial killer. One revelation is followed by another – there’s a woman tied up and unconscious in the bath tub. And it gets worse – there’s a police man knocking on the door. To say any more about the plot for Death Come True would be to ruin it – something that the game explicitly asks you not to do when it begins – and it’s a narrative that’s best approached with as little knowledge about it as possible. What I will say is that if you enjoyed the Zero Escape games, you’ll enjoy this. It does a lot of the same things – slowly drip feeding information about a mystery, pulling the rug out from under you as you think you’ve sussed it and makes you question the motives of every character you meet via some smart writing.

Death Comes True relies on player choices. Do you let the police officer in to your room? Do you hide from him? What do you do? When there’s a choice to be made, the game changes from a movie-esque third person perspective to a first person one. Using the touch screen you get to look around the room and pick an option you want to pursue. There’s a lot of choices to be made and even the options that feel pedestrian can have deadly consequences. During the games 2.5 hour single run time, you’ll see Makoto and others die numerous times. Strangled, shot, hit with a pipe, shot again, stabbed, shot. There’s no way to finish this game without witnessing at least 6 murders and while there’s very little gore, it’s still quite harrowing.

Here’s the kicker – unbeknown to Makoto (at least initially), he has a skill. When he dies, he gets to rewind time. What’s more, he remembers what happened in all his previous lives. It’s not unusual for FMV games to have a branching narrative or multiple endings depending on player choices, or for a player to use the knowledge from one branch to make better choices next time but it’s entirely unique for an actual in-game character to use the knowledge from one branch of a narrative to effect another. The same scenes play out repeatedly but as Makoto and the player is a little more knowledgeable each time the game rewinds, the interactions and consequences are different. This works surprisingly well. While this system does remove some of the stakes for Makoto, the story makes a decent effort to shift the threat to other characters you interact with. Couple that with the ever revealing mysteries this game holds, Death Come True is quite compelling.

One of the smartest things Death Come True does is about half way through the game. Without spoiling it, it shows an incredibly understand of player behaviour and a choice the player will have been making without even realising it.

Death Come True goes to some pretty wild places and has some lines of dialogue that could easily come off as hammy or cheesy. It’s a testament to how well the actors get into these roles as to how well these lines land. Despite dealing with some pretty abstract and outlandish topics, the cast play it straight and manage to sell what needs to be sold to the player. Kanata Hongō brings a decent range to the character of Makoto and Chiaki Kuriyama conveys as much emotion in a glance as she does with her dialogue while playing Detective Akane Sachimura. Win Morisaki plays Investigator Nozomu Kuji incredibly well bringing smarm and an strangely uncomfortable confidence that defines the character. Yuki Kaji’s portrayal of a hotel concierge is intentionally wooden and does what it needs to to move the story along. Lastly there’s, Chihiro Yamamoto who plays Nene Kurushima, a character which unfortunately feels totally unnecessary to the plot. Her performance in the role is convincing in a very tense scene but it feels superfluous to the rest of the game.

As for accessibility for Western players, Death Come True is entirely in Japanese but subtitles are available in English. These subtitles are well paced too, covering a few sentences at a time when needed so you don’t miss any on screen action while reading. The menus are in English too but there are elements of the game that don’t have English subtitles or translations – notably the DeathTube unlockable videos that you are awarded with for progressing through the game – so if you don’t speak Japanese, this added extra will mean nothing to you.

The most divisive element of Death Come True is likely to be the ending and the revelations that lead up to it. Like much of this game, it all comes down to a choice and on paper the options should be agonising to choose between. The preceding 15 minutes make one of those options feel hollow however. Towards the end, it certainly feels like Death Come True is trying to build to a final, ultimate stakes decision and when it’s laid out for you, one choice feels almost foolish to make, considering all the information you’re given. What’s more, once you’ve picked one ending, you have to replay the whole game to see the second ending. There’s no way to reload and see what you missed out on quickly. That certainly gives some weight to the decision you make but what’s unveiled after one choice is hardly worth the invested time.

For those who enjoy the FMV genre, Death Come True is an interesting example of the genre done through the lens of Japanese influences rather than the Western one’s we see so often. The narrative is unique, turning branching narrative’s on their heads and while it leads to a decision that ultimately feels empty, the repeated 4 hour murderous journeys through Death Come True is one worth taking. The cinematography and acting skills on show sell a plot which often borders on the absurd and would be right at home in a visual novel game. If this is what we can expect moving forward from Too Kyo Games, I’m excited to see what they do next.

Death Come True is available now on iOS (review version), Android and Nintendo Switch in Japan. A PS4 version is planned for a later date.