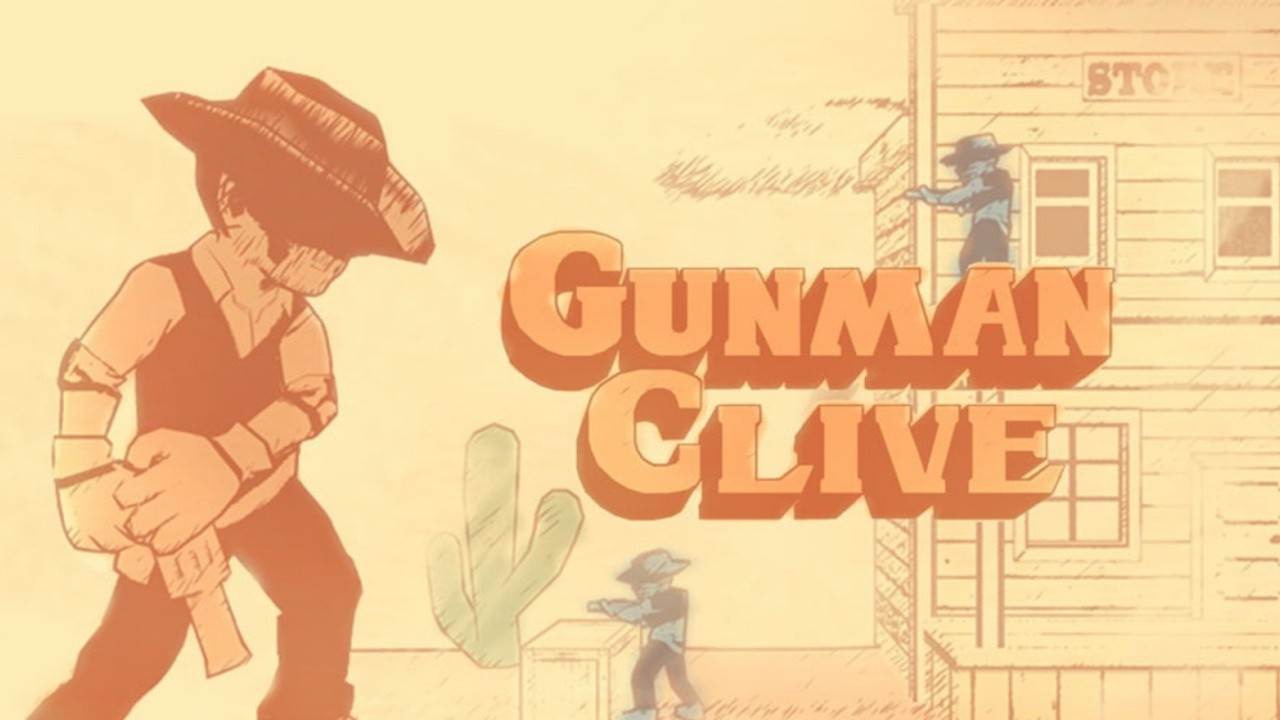 A short yet charming pair of old school action platformers in the shape of Gunman Clive HD Collection have arrived on PS4. The Finger Guns Review.

Gunman Clive HD Collection has had quite a journey to get to the PS4. Originally a mobile game that was somewhat ignored when it first released in 2012, the action platformer found an eager audience when it was ported to the 3DS in 2013. A few years later, the original Gunman Clive and it’s sequel launched on the Wii U as the Gunman Clive HD Collection. This package was once again ported, this time to the Nintendo Switch, in 2019 and finally to the PC and PS4 this May.

Despite being 8 years old, the core content in Gunman Clive HD Collection has aged really well. In fact, if you’d told me that the game had been designed in 2019, I’d believe you. A pair of 2D platformers with 3D models (I stop short of calling it “2.5D” because there’s virtually no depth to the environments), these 2 remastered games test you to navigate the dangers of each short level by either jumping over it or shooting them without running out of health.

The mayor’s daughter Ms. Johnson has been kidnapped by a gang and the titular cowboy character Clive is on the hunt to get her back. Platforming between dangers or over presepises is broken up by combat against a cast of villains that gets wilder the further you get into the game. Cowboy’s make way for wolves and pelicans and eventually robots and aliens.

There’s initially 3 playable characters in Gunman Clive HD Collection. Clive is your vanilla character with Ms. Johnson a very similar variant but is slower (that dress would obviously slow her down) and she can also glide after jumping. Lastly there’s Chieftain Bob (who was included in Gunman Clive 2 but has retroactively been included in the original game here too) who doesn’t have a pistol but has a spear which does a short range yet devastating attack. Each character requires a different style of play. When you’ve finished the game, you also unlock a duck which doesn’t have an attack but has a flappy bird-esque movement style that’ll get you over buildings quicker than the other trio.

Both of the games in the Gunman Clive HD Collection are presented in a really interesting art style. Every element of the environment is presented with bold outlines and pencil line detail. Shadows are made of combined lines and they shift and change every half a second of so. Most of the first game in the collection is a Wanted poster yellow colour while the second game includes much more colour (more on that in a second).

The first half of Gunman Clive HD Collection, the original Gunman Clive, is a game that’s tightly designed and enjoyable. It runs through all of the typical shooter platformer tropes – hidden enemies that pop out of the floor, swinging platforms, rotating platforms, enemies coming from both directions, ladders that you have to climb gradually to avoid projectiles, and likely every other typical element of the genre you can think of. There’s a few levels that diverge from platforming too. There’s a level that’s a lot like Space Harrier and another where you ride in a mine cart. The interesting aspect is that it only ever uses an idea once and never reuses it. The flip to that is that this first game is around about an hour long. That hour feels constantly fresh because it doesn’t retread any ground – all killer, no filler you could say – but it’s almost criminally short. My first play through took 46 minutes. I was shocked when it ended.

Then there’s the second game to Gunman Clive HD Collection, Gunman Clive 2. The sequel is a much more colourful and cinematic affair than the original. Parts of the environment changes in a number of levels, there’s a few more of those Space Harrier levels and there’s some levels which test your to cross a level as fast as you can without getting caught by a moving hazard. The quality in this part of the collection varies dramatically. It’s like a combination of great new ideas and stuff that was left on the cutting room floor from the first game. In one section, there’s a really fun part where tetrominos fall from the sky and you’ve got to avoid them or get squashed. Shortly after there’s a level where you ride a Panda which is clunky and poorly designed.

There’s a hand full of straight up bad idea’s in Gunman Clive 2. This culminates in a level that would be welcome on any of the “Level’s so bad that they almost ruin good games” lists on the internet. Set on a series of boats, on a rocky sea which will take a chunk of your health and set you back a little if you fall into it, it’s tough to see what’s going on. That’s because the developer chose a purple background and grey characters. Getting through this level is more luck than skill because you simply can’t see bullets, platforms or enemies when it’s in motion.

This sequel is also thematically jarring. The first game goes to some weird places but it’s still only really one transition that translates as Cowboys vs Aliens. The second game has cowboys, spiders, wolves, pelicans, ninja’s, kangaroo’s, robots and more. The foes are often presented in the backgrounds too. It’s like a Clive world tour without any narrative reasoning.

As for length, the sequel is a little longer than the original but not by much. I clocked in at just under 2 hours. There’s a lot more repetition in the second game with idea’s revisited regularly which certainly makes it longer but far less tightly designed.

The one thing that’s consistent between both games is the soundtrack. With a spaghetti western tinged yet modern sound, it’s a fun soundtrack that really underpins the feeling of both games.

Clocking in at just under 3 hours for a single play through, Gunman Clive HD Collection is a short yet charming experience on PS4. For the first game, the length isn’t so much a detriment because the game flows very quickly and is constantly fresh and fun. The remastered sequel is a far less enjoyable experience, doubling its length but containing some truly irritating or confusing sections. The unique art style is as much an annoyance as it is pleasing on the eye when used incorrectly but at least the soundtrack remains consistently pleasant.