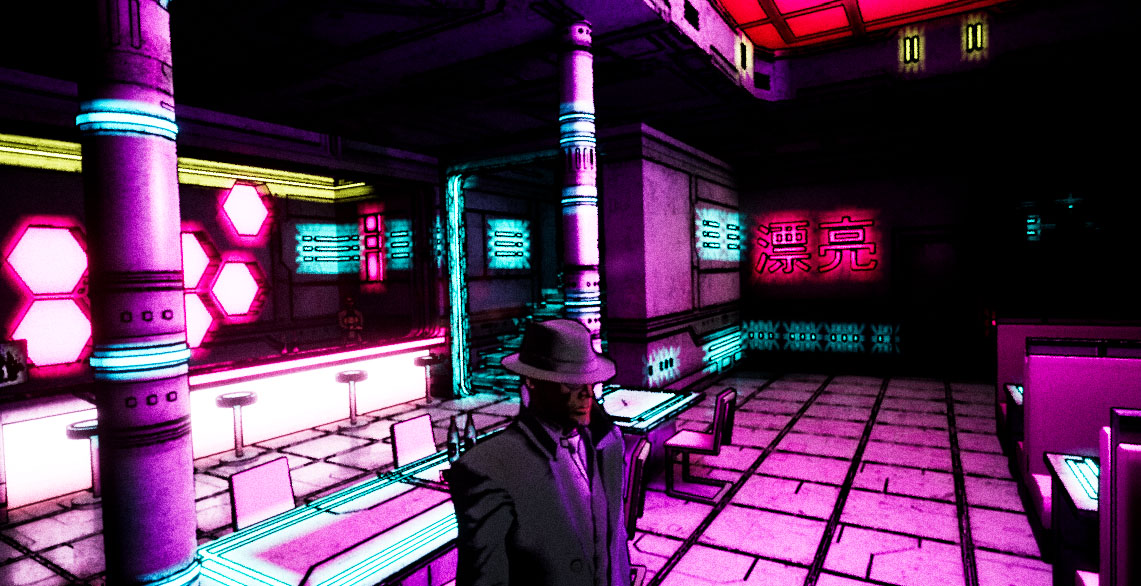 A futuristic whodunit set in an open world, The Casebook of Arkady Smith has far too much filler, not enough "find the killer". The Finger Guns Review.

A futuristic whodunit set in an open world, The Casebook of Arkady Smith has far too much filler, not enough “find the killer”. The Finger Guns Review;

While playing The Casebook of Arkady Smith, a quotation from the American author Cynthia Ozick kept repeating in my mind;

The Casebook of Arkady Smith gives an excellent first impression. The menu screen transitions into live play with a press of a button and you’re instantly in control of the titular character. Standing on a balcony above a futuristic Blade Runner-esque open world, neon signs reflecting on the rain slick streets, it’s immediately impressive. That’s where the first impression ends and the irretrievable loss of time begins.

Set in the future, you play as as an investigator Arkady Smith who works on a kind of freelance basis with the City Security forces. They’ll give you a crime to investigate and when you’ve figured out the who, the how and the why, you report it in. To help you do so, you can use DNATox scanners, finger print readers and hacking tools which can be found in the open world locations.

The Casebook of Arkady Smith doesn’t tell you any of this. It doesn’t tell you anything to be quite honest. This is a hands off experience with no direction and almost no structure. A few documents in your apparent, as with everything in this game can be interacted with by walking into them, outline the broad strikes of the game but they’re not anywhere near as informative as they need to be. There’s no way point markers other than those you put on via a map yourself and no hints on what you should do or where you should go. You’re totally on your own to understand this world, where things are and what to do.

This takes time – so, so much time – and isn’t helped by the fact that The Casebook of Arkady Smith pads everything out by having them spaced out on the map. The open world city in this game is vast and quite beautiful at times but it’s entirely featureless. Pedestrians walk the pavements while cars follow their road pathing relentlessly along streets that look almost identical. There’s a handful of landmarks in a city filled with buildings that are copied multiple times and there’s no fast travel function here. In a case you’ll first head to any one of the the City Sec building’s, then head to the crime scene. Once you’re done there, collecting evidence and questioning everyone involved, you’ll have to head to the Medical centre to do DNA/Toxicology analysis, back to the City Sec office for finger prints and back to your apartment to hack any electronic devices you have. Say a case last’s an hour, 50 mins of that time will be spent driving too and from locations.

And when you reach these locations, Arkady Smith who show’s he’s capable of running because he does it in the open world, slows to a dawdle. His walking speed is so frustrating when some of the investigation locations are so large. In one case, you’re sent to investigate a room at a hotel and there’s a mind numbing distance between entry door to the front desk, up to the second floor and finally the crime scene.

The hands off nature of The Casebook of Arkady Smith actually makes the crime solving moderately interesting between the bouts of exasperation. A case file lists everything you’ve done of note but doesn’t give you hints. You’ve got to think outside of the box during some of the cases in order to find a solution. One case has a crime scene that’s almost entirely clueless – but taking in the environment and what’s outside of it presents a very curious solution. Another case has you investigating a murder in your own apartment – I’m not sure what the ethics committee feel about that but we’re doing it anyway.

Unfortunately, the vast majority of the cases in The Casebook of Arkady Smith boil down to this – Go to crime scene, walk around in darkened rooms (there’s a flashlight in the game but it took me 5 hours to find it because there’s no indication it exists) and hopefully find all the evidence, drive to 3 other places to test the evidence, use evidence to accuse someone, get confession, report in. There’s very little variance. Once a case is completed, Smith’s performance is judged by how many clues he found, how quickly he completed the case, if he picked the right culprit and crime details and by how few times he ran into a car/pedestrian.

When you do hit a pedestrian with your car, it’s actually quite hilarious. Break them from their aimless walking and they T-pose then glide away as if on an invisible segway. So much of this game feels like it’s lacking polish like this. AI cars are just as dim and will run into you if you stop in the road. In one room, shadows are posed by furniture that doesn’t seem to exist or hadn’t loaded. Pick up a piece of evidence from a body and you’ll be asked to the same if you return later, even with the evidence still in your inventory. The running animation of Smith running is really stiff too.

The soundtrack, a collection of moody synth-wave tracks that’d be at home on a Blade Runner album, is very fitting for the game. In fact, the general atmosphere Arkady Smith pulls together is think with the cyberpunk, neon kissed tropes. It’s probably the most interesting aspect of the game.

A cool synth track and an excellent first impression quickly make way to padding, filler and obtuse game play. The open world, while visually pleasing, is empty of life and the cases, while occasionally fun, are mostly mundane. The Casebook of Arkady Smith is obviously designed with the best of intentions but it fails to realise them.

The Casebook of Arkady Smith is available now on PS4 and will be launching on PC via Steam April 14th, 2020.