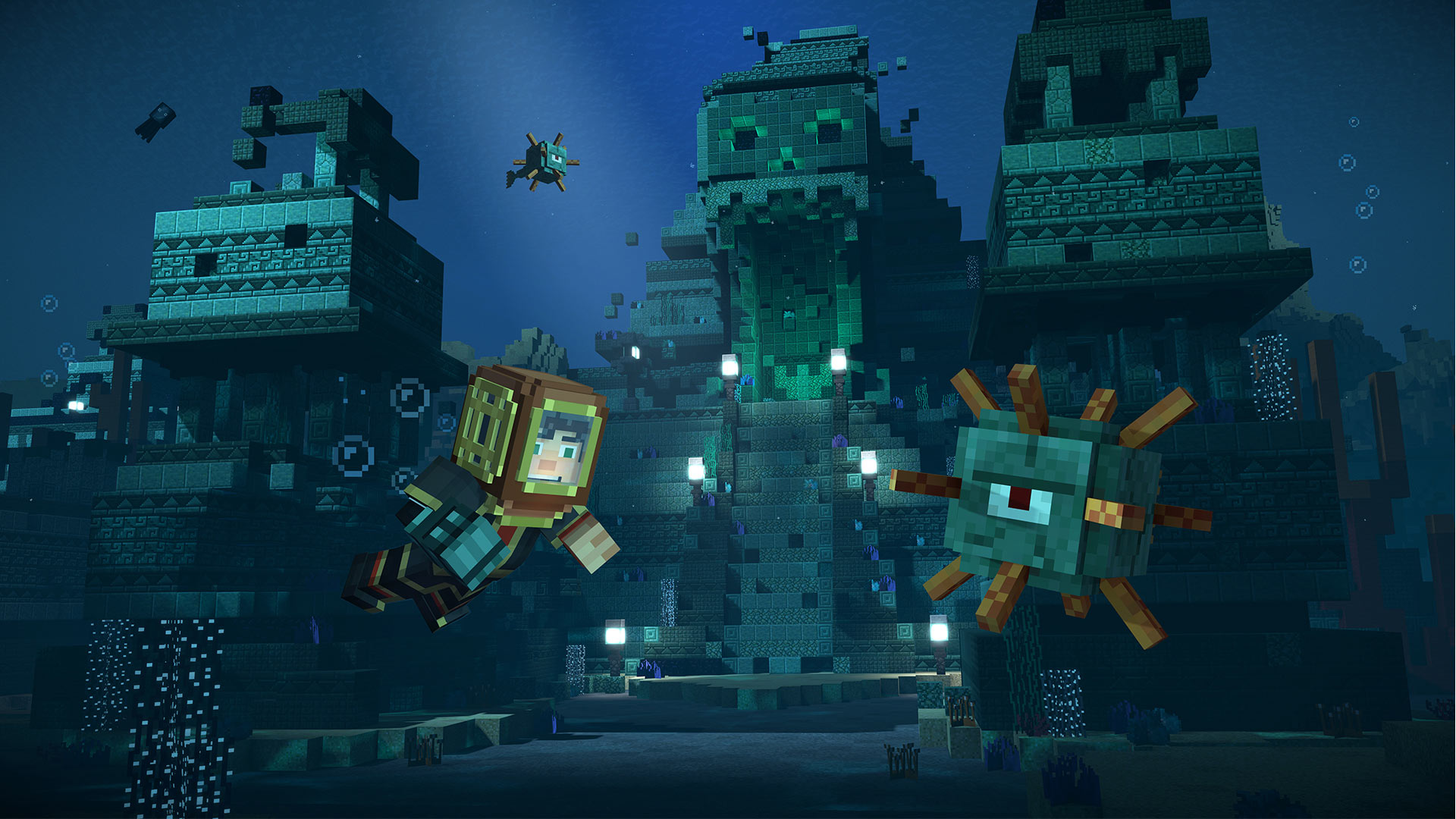 Jesse and the gang return and it’s a shaky start to the new season. The FingerGuns Review;

Jesse and the gang return and it’s a shaky start to the new season. The FingerGuns Review;

Minecraft Story Mode hasn’t taken all that long to return, if you think about the usual gap between TellTale seasons. It’s not surprising, the first season sold an astronomical amount over Christmas last year, especially in retail, so why wouldn’t you want to keep that particular gravy train moving? The original series even got three more episodes tacked onto it. If Cars is the Pixar cash cow, you can absolutely consider Minecraft Story Mode TellTale’s.

What’s disappointing though is that the new seasons first episode, ‘Hero In Residence’, is nowhere near the standard of quality set by the first season, which was a hell of a lot of fun. There’s little of the excitement which witherstormed its way through the characters which TellTale put front and centre, with most of the original gang nowhere to be seen in this first episode, resorting to little cameos and gentle reminders of the power of ‘teamwork’, even though most of Jesse’s team aren’t anywhere to be seen, instead replaced by a washed up adventurer who is about as fun to hang around with as a dishcloth.

The main players here then are Jesse and Petra (who, is performed with gusto once again by the almighty Ashley Johnson), who are looking for adventure after their menial lives came flooding back after the antics of the first season. Jesse is now a hero and has people fangirling whenever he’s nearby, with Petra longing once again for a new adventure. It’s good to be back in their company, Petra especially is sprightly and full of gusto, catching up with her again whilst she’s in the middle of an all important mission; returning a Llama to their rightful owner. Yeah, like I said, The Order of the Stone this is not.

Technically, well, it seems like whenever I review a TellTale game I’m complaining about the same old tired mechanics which they still seem duly unaware they even exist but here we are again. Visually, the game is impressive and looks great on a big screen. Colours pop with abundance and the world of Champion City is beautifully constructed, outdoing a majority of areas from the first season. The new combat system which throws in a stamina bar and a strafe mechanic is initially welcome, until it’s actually put into practice and feels clunky and unresponsive. It’s taken something that miraculously wasn’t broken in the first season and somehow made it worse. It says a lot when the QTE combat sequences are more fun, particularly a fun fight with Jesse and Petra and a series of security guards which is written well and is nicely choreographed.

It’s difficult to really complain all that much about the visual animation – this is set in Minecraft, after all -, but some serious work needs to be put in to improve the facial animations, especially on Jesse, who for some reason seems to be faring the worst. I lost count how many times the dialogue continued and his mouth simply didn’t move. It’s an issue in most TellTale games due to their engines making lightning quick calculations based off your decisions and interactions, you just get the feeling that this is something that will continue to go unnoticed.

The biggest issue though over all of this is that this first episode just seemed lacking in life. There’s no spark in Hero in Residence that encourages you to want to delve deeper into its story. The new characters are bland with little anchor to really care for them like you almost immediately fell for in the first season, which was a super fun tale of a bunch of friends off on an adventure. Here, there are only two of them and they’re joined by characters that have no spark in their characterisation, and are merely plot devices to get Jesse and Petra from A to B.  This is such a shame, I found myself hoping to meet the original team in full all over again in order to simply have more fun than I was having.

It’s only the first episode and in my experience TellTale series always get better and better as the series moves on, though I’m strained to remember a series which started as rocky at this one. I’m gonna jump into Episode 2 and hope that the story and series will get somewhere that brings back the spirit of the first season, because right now it’s nowhere to be found.

Disclaimer: In order to complete this review, we were provided with a review code from the publisher. For our full review policy, please go here.