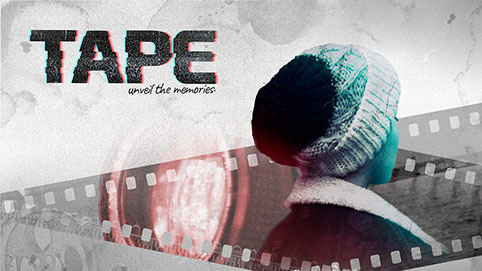 21st October 2022 sees an upgraded version of TAPE: Unveil The Memories for the PS5, along with a special physical release in Europe.

21st October 2022 sees an upgraded version of TAPE: Unveil The Memories for the PS5, along with a special physical release in Europe.

Initially released in April 2022 – developed and published by BlackChiliGoat Studio. TAPE: Unveil The Memories is an unnerving first-person mystery game set in 90’s northern Spain. The story follows Iria who’s received a mysterious video tape from her missing father pleading for help. With the help of a special video camera you’ll be able to rewind time and explore Iria’s memories, uncovering dark family secrets and the events leading up to her Father’s untimely disappearance.

If you missed it the first time round or want to jump back in, you can! With an updated PS5 version and a special boxed Director’s Edition. Meridiem Games are designing and manufacturing the physical release. This will be available at specialist retail outlets across Europe. TAPE: Unveil The Memories Director’s Edition will come with an exclusively designed sleeve, three art postcards from the director’s films, Iria’s Letter (Spoiler!) and unpublished prologue storyboard.

If you’re a collector or a fan of the game this is one not to miss when it releases 21st October 2022. Maybe here at Finger Guns you’ll see a review to give our impressions of TAPE: Unveil The Memories. But if you can’t wait, it’s available now on PS4 Digitally and PC through Steam.