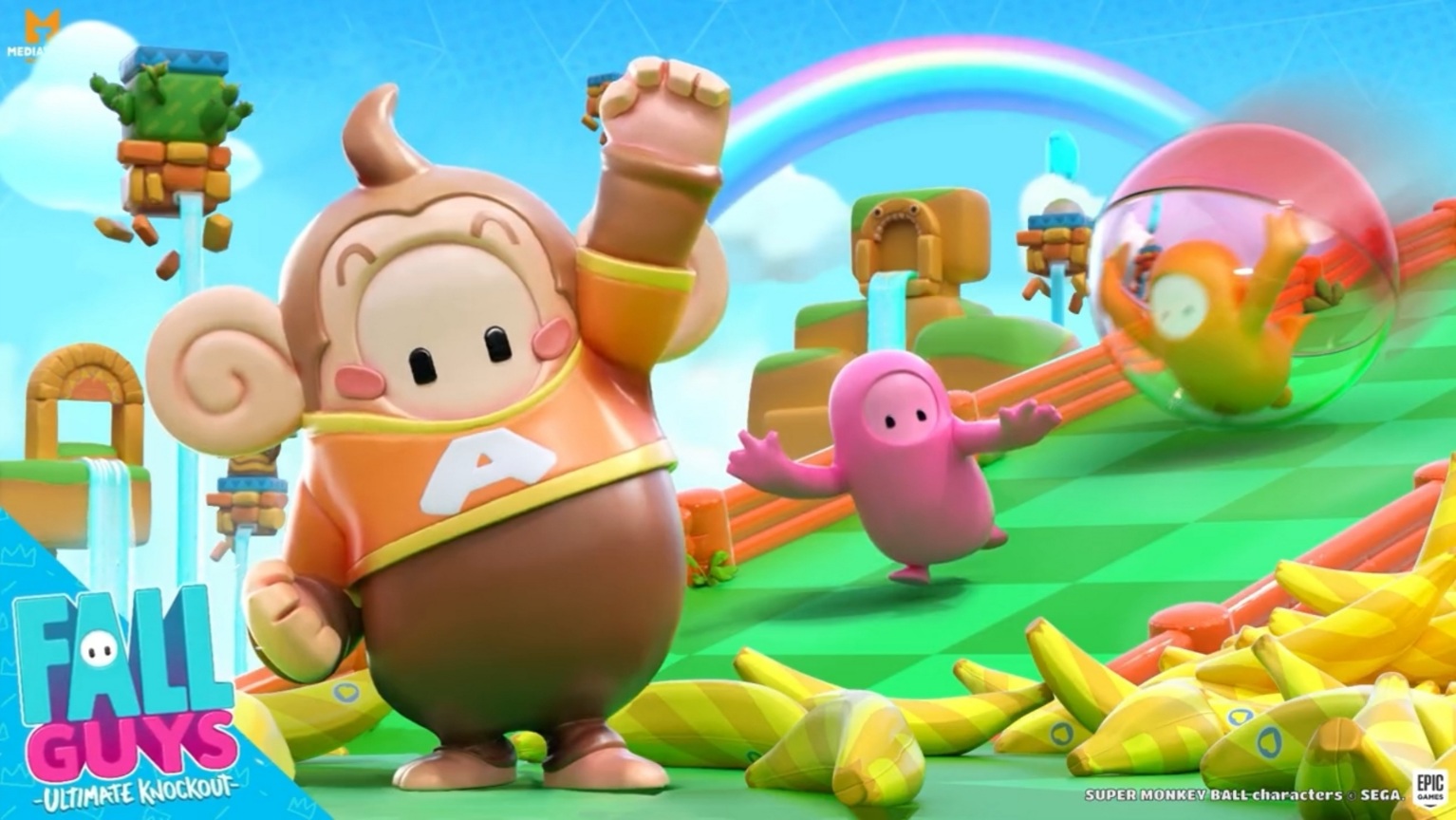 Ahead of Super Monkey Ball: Banana Mania’s release next week, those fine folks at Mediatonic have revealed that AiAi from the classic SEGA puzzle series has landed in Fall Guys: Ultimate Knockout.

AiAi will be available from today through to September 30th, and it’ll cost you the standard 10 crowns to get both halves of the costume, which sports AiAi’s classic orange ‘A’ shirt and them massive ears which we’re still sure are far too big to comprehensively balance across those thin platforms he so easily traverses. Bizarre.

Check out the new trailer below to have a nose at AiAi in Fall Guys;

AiAi naturally fits right in with Fall Guys’ current jungle season, and joins Sonic himself as a classic SEGA character to be featured in the game. Who would you like to see next?