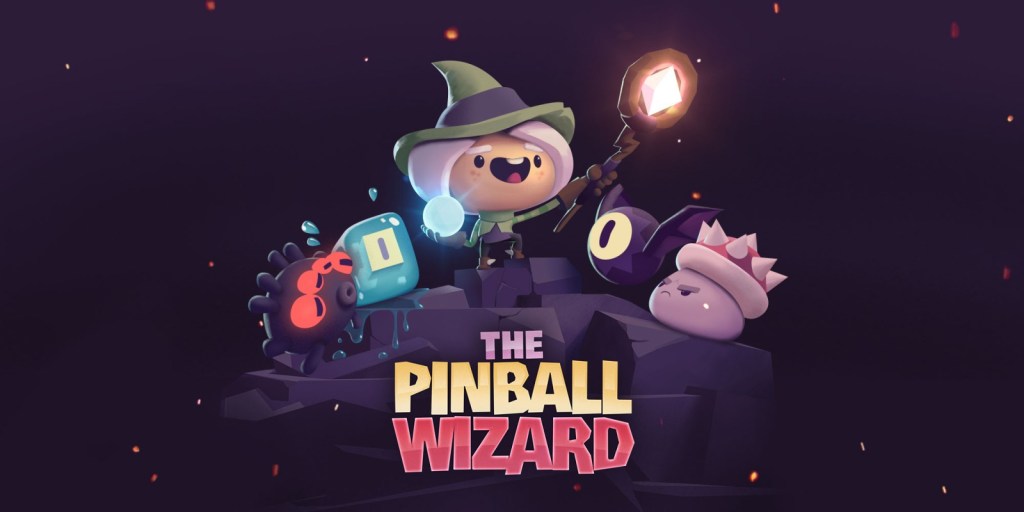 The Pinball Wizard is a dungeon crawler/pinball hybrid but does it get a High Score? Or does it Fumbledore? The Finger Guns review:

Apple Arcade has built a reputation for their library of games. Having played a few since launch, I’ve often asked myself “When will this be on consoles?”. Whether it’s What the Golf? or Sayonara Wild Hearts, the standard for mobile gaming has reached the quality of some of the best indies to see releases on consoles/PCs for years at this point. The primary negative for being on mobile is that people don’t give them a chance and they’re all missing out. The Pinball Wizard, an adventure cum pinball game from Frosty Pop, is next Apple Arcade game to see a launch on different platforms, but is it still spellbinding? Let’s get into it.

The first Wizards created the Eye that protected the lands from any evil. It sat atop a tower for thousands of years, which meant peace for everyone. But as time went by, the tower shifted and crumbled, knocking the Eye off its source. Chaos ensued across the land and many witches and wizards have attempted to restore the Eye’s power, only to never return. It’s now up to you to restore the power and ultimately the peace.

It’s a basic story that doesn’t take any surprising turns, the only other story beat was during the end cut scenes. What it does do a good job of is setting the tone of the actual gameplay, creating stakes, but ultimately it’s just serviceable.

Whilst the story is just fine, I think the obvious attention went on the gameplay. The main mode – Tower – is the main chunk of the game. It’s what pertains to the story and the natural progression of adding more to face value per level. Once you’re in, the titular Wizard acts as the pinball. You have your left and right flippers (ZL, ZR on Switch), A dash that slows down the game until you shoot; and a magic ball you can fire similarly like the dash. The second ball can attack enemies and barrels in the level. The barrels contain health, power or XP.

There are 21 floors (levels) in this mode and the early game doesn’t cast the best of impressions. Being a hybrid of a dungeon crawler/pinball table poses the question of how much are you going to lean into the other genre? I personally wished they leaned closer towards the pinball aspect as the physics of The Pinball Wizard can come across a little clunky when you’re starting out.

The overall drive of the game is levelling up the wizard. This unlocks new perks, whilst also increasing your stats like your health, magic and attack power. Early on you can die a lot and earn very little, which means your first hour or so is spent replaying levels to unlock more – this is the only way to make it fun. However, when you are powered up, it makes for a great time and the arcade aspect shines a light on the game. Certain reservations I had were quelled in the unlocking of perks. Like picking up the gold/gems asks you for unnecessary accuracy, but unlocking a certain perk reveals a magnet that hoovers them up. It creates a longevity necessary for a short game, but it could put players off by not being out of the gate, the most fun.

There are two more modes in the form of: Daily Dungeon and Dungeons. Dungeons is made out of two different levels that have no end goal, only to get the highest score. This can be obtained through killing enemies that respawn over time, collecting all the coins that unlock through hitting the right spots – all in true pinball fashion.

It’s a shame there are only two levels in this mode and they’re mostly comprised of floors you’ve seen before in the Tower mode. Daily Dungeon is similar in a sense, but it refreshes every day to a new level. I’ve not been able to stay alive long enough but there is also a boss at the end of the Daily Dungeon that may or may not respawn after defeat.

These two modes – whilst limited in their variety – are the bread and butter of the end game in The Pinball Wizard. This is where it just becomes a great pinball hybrid, and when you’ve got all the skills for your Wizard, it just becomes a perfect game to play a few times every day. Trying to beat your own high score as well as others harkens back to the times you’d see a table with a leaderboard and didn’t stop until your name was on there.

Annoyingly, this magic only really happens at the end game and I wish it started sooner, maybe in Tower mode. On top of this, the raise in difficulty never becomes challenging and for the most part that’s ok because there is a level of luck in pinball. I just wished there was more sprawling levels that felt more like a pinball table.

The cutesy minimalist art style isn’t anything original, but it’s done well. There’s only a handful of enemies to face but they’re all creatively designed. Maybe not created in mind of a wizarding world per say, but they’re distinctive and bold in colours; making them stand out from the grey and decrepit tower. The music sounds like the result if you searched “lo-fi wizard type music” and it’s very chilled. It doesn’t stand out but it creates a relaxed atmosphere which lends itself to the art style overall.

The Proof Is In The Potion

There’s not much in the way of content for The Pinball Wizard, but I think the price of admission reflects that. It’s a cheap, short and sweet time that you could keep coming back to if you enjoy the core gameplay. After a couple hours of work put in, the game is really pleasant to play by the end

The Pinball Wizard could’ve taken things further with regards to its level design. The game only really gets fun near the end, when you have everything it has to offer. However, for a humble game with a dungeon crawler/pinball hybrid it executes the novel combination successfully. Gameplay doesn’t feel as solid for a pinball game, but as a casual arcade game to play in bursts, it’s worth pulling the plunger.

The Pinball Wizard is out now on Nintendo Switch (review platform), iOS and PC (Steam)