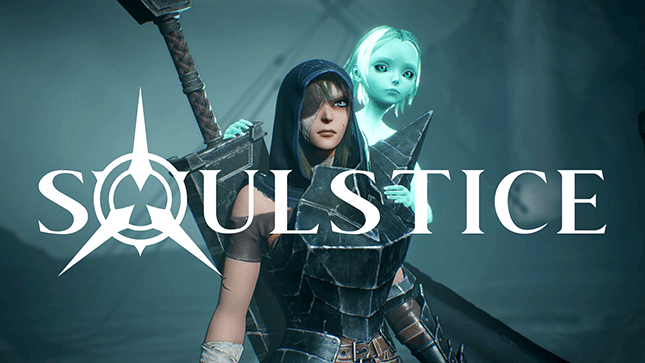 Third-person action adventure Soulstice just keeps looking better and better, and now it's got a release date not far away.

The intriguing third-person action title Soulstice made a very welcome appearance at the PC Gaming Show this week, announcing a release date of 20th September this year for PlayStation 5, Xbox Series X|S, and PC. Not far off at all. Check out the all-new Cinematic Trailer below highlighting the two sisters’ combat-aiding bond and teasing some of the fiendish enemies the two will face along their journey.

From Reply Game Studios, Soulstice lets you play as the Chimera, a hybrid warrior born of two souls. Voiced by Stefanie Joosten (Quiet in Metal Gear Solid V), Briar and Lute are strong-willed sisters who have been magically linked. Together they are the only ones who can oppose the Spawn of Chaos – vile and ravenous beings that have come pouring into this world from the other side of the Veil. Only by mastering the abilities of both characters will players be able to unlock their full potential as Chimera and put an end to the invasion before it’s too late.

Fun fact: Stephanie Joosten is also now a Creative Director working on the mech combat title Vengeance Is Mine, with publisher 110 Industries.

Soulstice is pretty striking all told, with a bold fantasy world filled with danger and beauty. Briar, an Ashen Knight, wields a large array of weapons, and Lute, the Shade hits with magical long-range attacks, shields and counters. Enemies are numerous and it’s not slow methodical combat like a souls title. It’s more akin to God of War or Devil May Cry in its third-person action, than it is to souls games (despite that title). It’s also chock full of DMC-like style points in battle, that power up your Chimera and unleash dozens of devastating attacks and invincible modes. Check out this in-depth gameplay and combat video from last month.

Modus Games also announced a free Soulstice PC demo is coming to Steam in August, with an open invitation to register right now on the game’s website. If Soulstice looks like your kind of thing and you’re a PC gamer then there’s no reason not to check that out ahead of the game’s full release.