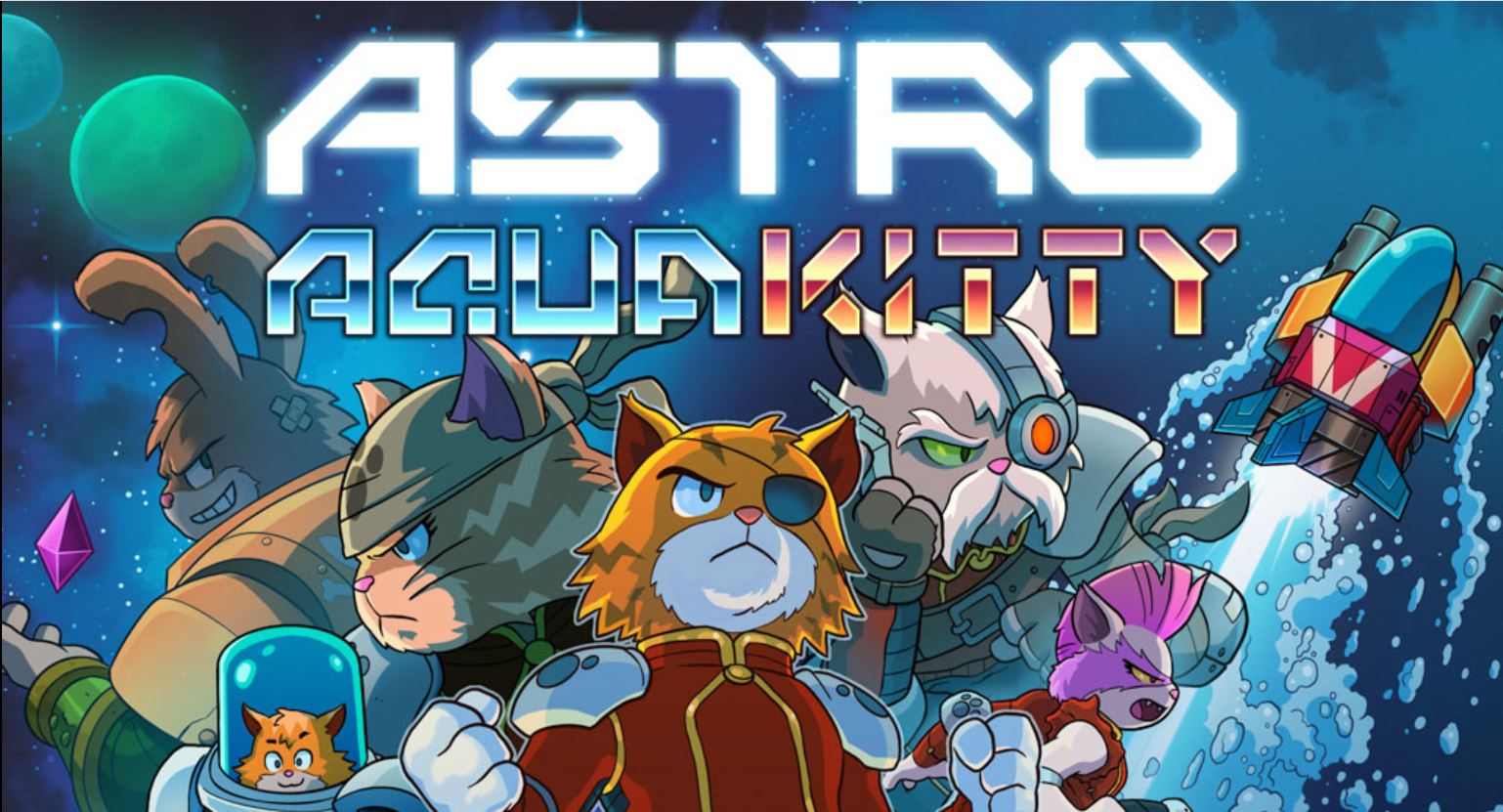 A sequel to the excellent parallax shooter, Astro Aqua Kitty is taking the milk mining cats to space on April 8th.

A sequel to the excellent parallax shooter, Astro Aqua Kitty is taking the milk mining cats to space on April 8th.

We’re big fans of the shooter Aqua Kitty here at Finger Guns. In our review of the 2018 UDX version, we said “This is one game that I won’t paws to pick up again and it thoroughly deserves a cushion in front of the fire”. Y’know. Because cat puns. Now, the sequel ‘Astro Aqua Kitty’ is headed to Nintendo Switch, PlayStation 4, PlayStation Vita (no really), Xbox One and PC starting with the Switch.

Astro Aqua Kitty is launching on the Nintendo Switch on April 8th, 2021. Rather than being locked on a horizontal loop like the original game, Astro Aqua Kitty takes the milk mine defenders into space with much broader shmup mechanics. Here’s a little more detail from the press release:

“The Aqua Kitty cats have launched into space in an all new action RPG shoot-em-up adventure! Choose your crew (from a range of creatures), then blast off to investigate huge mysterious water filled asteroids. Battle bizarre enemies, mine magnificent gems, grab new weapons, install enhancing devices, and unlock your crews’ unique skills as you level up XP. Just watch out for any marauding pirate rabbits, they are always trying to be first to the loot!”

You can pre-order Astro Aqua Kitty on the Nintendo Switch now by clicking >>>HERE<<<.