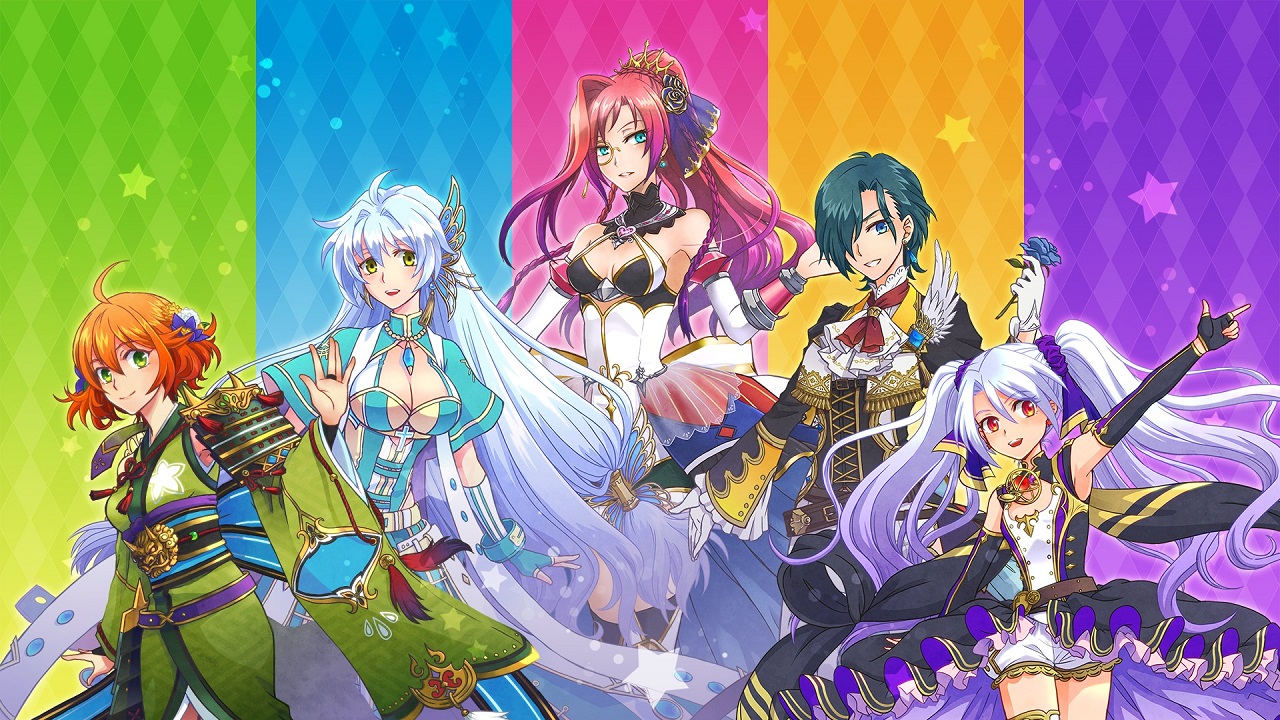 If you listen to the Finger Guns Podcast you may know that I’m in some kind of gaming funk. Perhaps it’s because of the relentless onslaught of AAA games that seem to be heading our way. So, when I was offered the chance to review Sisters Royale, not knowing anything about it I thought, why not? I mean from the images I googled, it looked like a fun lighthearted game in the mold of something like Parodius.

I couldn’t be more wrong.

Let’s start with the laughable plot. You play as 5 sisters: Sonay, Lale, Selma, Ece and Nur. According to the intro blurb the are prophesised to bring down the evil…Saytan. Believe me I wish that was a spelling mistake too. But that’s how it’s spelled in the game. Anyway, these sisters never did bring down Saytan because they hate each other, but never explained why. Instead of defeating this evil-doer, they instead are now fighting each other for the hand of Lord Yashin. I don’t think I’ve loathed any game characters more than these five painfully generic anime characters.

But what about the gameplay? Sometimes you can have a really terrible story, but the gameplay pulls it back. Not in this case however, it is as you would expect a top down shooter, you pick one of the five sisters, each have their own shot ability. You then head out on your mission dodging bullets facing a mid-level boss and then the end boss which is one of the other sisters or “love rivals”. If you are playing the level where your character should be the boss, you actually fight your characters conscious. So that’s five levels into total. The worst part is that the levels are separated but more mundane text drawing cut scenes which I sweat take longer to get though than the actual level. Shocking.

There is no strategy to the gameplay either. You could just hold the circle button down and dodge. There are a couple of combo stacks that deal more damage and you do have a smart bomb and a summon attack which gives you a secondary type weapon. I managed to defeat three of the five bosses but just holding the summon attack button down and walking into the boss.

There is one element that could have added some much-needed strategy, and that’s the boss fights. You have 90 seconds to defeat the boss. This could have added some fun elements and some added peril to the proceedings. But alas, if you die the timer just resets and you keep on going so it’s literally pointless having this gameplay element. Not that you will need 90 seconds though, as mentioned above. The bosses are just too easy.

The graphics are drab and dull too. When you load the game up the characters are full of colour, the bright pastel colours you would expect for any Anime, but in a massive contrast, the levels themselves are drab dull greens and browns. And with not strategy at hand to make the levels exciting it’s just a really dull game to play and can be clocked in half hour or so depending on your difficulty level.

I’m a big fan of shoot-em-ups. There are some amazing examples of the genre out there, Ikaruga, Sin Mora and going further back, the wonderful Axelay on Super Nintendo. These are what I’d call the Prince William and Kate of the shooter world. Loved and held in high esteem. Sisters Royale I’m afraid is the Prince Andrew, dull and too busy hiding in Pizza Hut to be of any use to anyone.