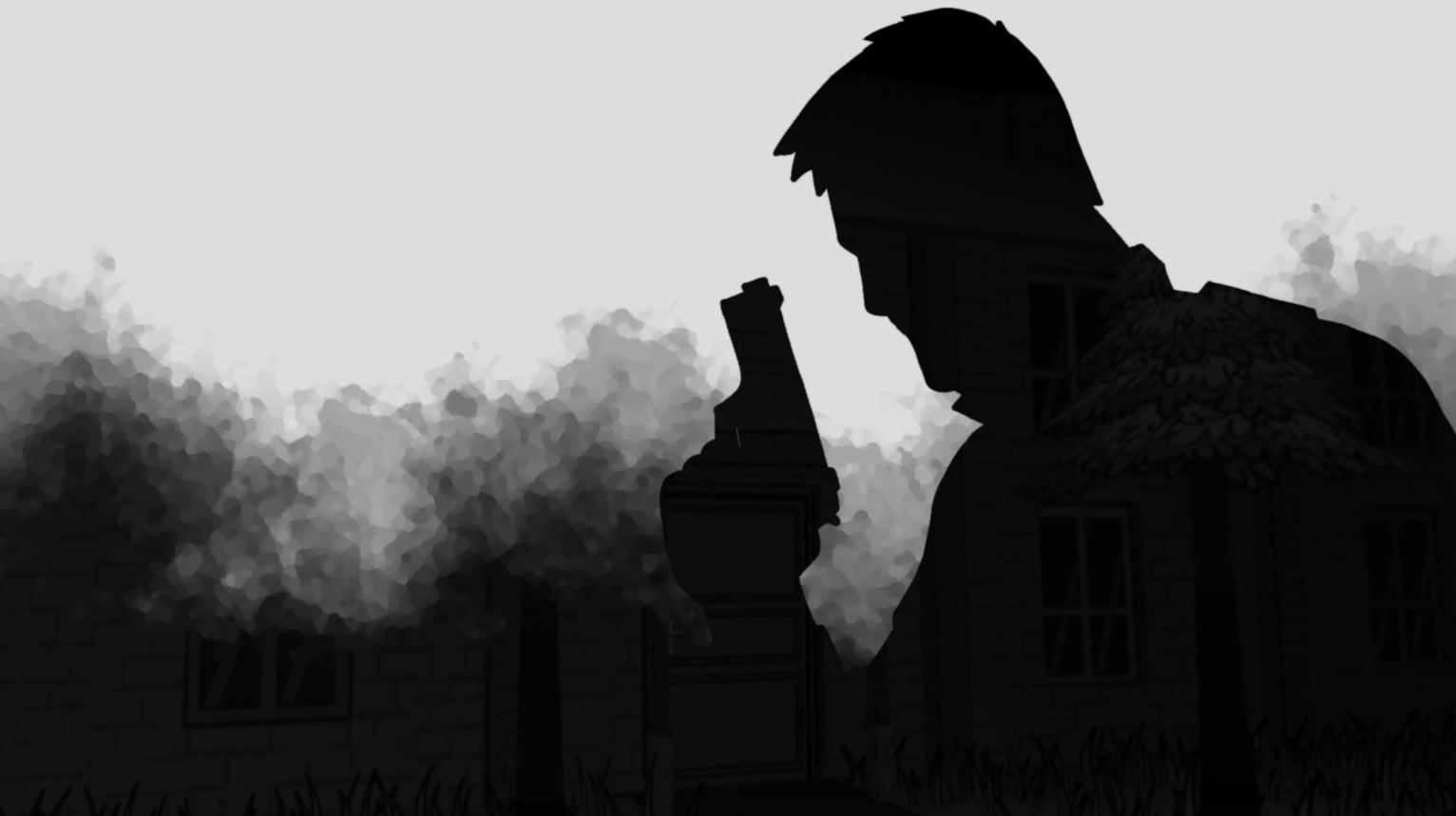 It might be sluggish, stereotypical and clunky but Broken Mind is weirdly compelling despite its obvious drawbacks. The Finger Guns Review.

It might be sluggish, stereotypical and clunky but Broken Mind is weirdly compelling despite its obvious drawbacks. The Finger Guns Review.

Retro inspired shooters are all the rage right now. The brown and tan military shooters that dominated the market just a few years ago have been usurped by the colourful, bombastic shooters that pay homage the the early genre trailblazers. The majority of these NuBreed shooters are fast paced, twitchy affairs however. There are far fewer games honouring the slower paced, more puzzle driven titles from the era.

This is where Broken Mind comes in. While it might look a hand drawn homage to Wolfenstein 3D on the outside, this game shares much more in common with the likes of Alone in the Dark in terms of atmosphere and shares a lot of DNA with the first person adventure games of the early 00’s. Can this short psychological shooter find its footing in 2022? Let’s find out…

There has been a kidnapping. A young woman was taken from her home. The police were called immediately because unusually, the woman was streaming online via an Instagram-esque Live when it occurred. There are no real clues other than the fact that the perpetrator was wearing a creepy animal mask.

In Broken Mind, you take the role of Detective Frank Morgan, the cop who’s responsible for solving this case. This chap is just about as stereotypical as you can get. Picture “hardboiled, depressed detective” in your mind and you won’t be far off from Frank Morgan. He’s beardy. He has a gruff voice like he has been smoking 40 Marlborough a day since he was a teen. You won’t hear him laugh once in the entire game.

The one aspect about Detective Frank Morgan that gives him an ounce of originality is that he is quite clearly mentally unhinged. That’s because years prior, his daughter was kidnapped and later found dead. This still torments him to this day. The guilt of not saving his daughter tears him apart, especially when a case so similar to his daughter’s falls into his path.

As mentioned, Broken Mind is a much slower retro inspired first person shooter. In fact, shooting and combat makes up around just half of the game. The other half of this title is about exploration and puzzle solving. Each chapter of the game – of which there are 10 – places you in a location with an objective. Nothing is straight forward however. For example, during a chapter where you’re playing through the eyes of the kidnap victim, the power will go out. The generator is in the basement but once you make it to the door, you’ll find it locked. The key to this door is locked within a room behind a keypad, in your dads office. You’ll need to find a memorable number in your parents bedroom but in order to see it, you’ll need to collect another inventory item.

As you can see, there’s a lot of inventory dependencies here which is both a boon and a hinderance. On one hand, you’ll find yourself doing a lot of back tracking. You’ll go to a place only to find you’ve got to go somewhere else. That wouldn’t be so bad if the movement speed was anything but glacial. Sure, you can run but that eats into a stamina bar that you might need for combat (and also comes with a jarring effect when the stamina runs out).

On the other hand, the way that Broken Mind is designed makes it quite rewarding when you do solve a large, latticed puzzle. Later in the game there is a corridor with many adjoining rooms, almost all of which contain some kind of puzzle element. Figuring out what each piece does without much help and doing it in your own order offers a pretty cathartic “eureka” moment.

The other half of Broken Mind involves some good ol’ fashioned first person shooting. Dotted around many of the chapters in this game are enemies that’ll attempt to attack you. You’ll have your trusty pistol (when you have ammo, which comes in short supply) and close quarters/melee attacks to use to fight back with. It’s really quite an odd situation that’s employed in this game however, especially when using a gun.

For starters, only you, the player character, will wield a gun. You won’t come under fire from a firearm once in the entire game. Enemies will come at your with hand to hand attacks and you’ll…simply shoot them. Secondly, firing the pistol doesn’t feel anywhere near as impactful as it should. There’s a lack of reaction from a winged target combined with some tame sound effects that make it feel like firing a cap gun than fighting for your life against aggressive foes.

There’s only 3 types of aggressive foes in the entirety of Broken Mind. One of those is a boss that you’ll only ever fight once. While that boss character has some unique attacks, the other two enemies have the exact same attack patterns and movement. It’s hard not to feel disappointed in the lack of enemy variety here. The art style and characterisation of these enemies is admittedly great but it doesn’t feel anywhere near diverse enough for the game’s length.

The deepest low of Broken Mind’s combat is the hand to hand brawling. At times, you’ll have no ammo for your pistol or you’ll have had it taken from you entirely. In these instances, you can use a low or high attack to assault your opponent with a punch, kick or swipe of a knife. Because the art style presents enemies as flat walls, and the attack animations are flat without an easily gaugeable distance, hand to hand fighting can sometimes devolve into getting close and hoping your attack lands. It’s clunky and sluggish and threatens to undermine the rest of the experience.

Despite those issues, Broken Mind is a strangely compelling game. That’s primarily because of its story. Even though it’s full of tropes and there’s no big twist or major character reveal, it’s the kind of “brain out” entertainment that suits the genre and game’s length.

The most interesting moments in this story are when the real world starts to cross over with Detective Miller’s mental breaks. This happens a number of times in the game. He’ll step through a door and black tendrils will grow out of the ground behind him, blocking his path. From here on out, until he manages to crack himself out of it, the real world and the guilt-driven visions of the past will start to merge. This includes weird puzzle aspects and a hostile manifestation of the inner demons that are burning Detective Miller up.

It’s also impressive how many single occurrence set pieces exist within Broken Mind. This is a game that burns through a lot of ideas really quickly but still manages to feel fresh for its 2 hour length. For example, one section of the game feels like a first person auto-runner as you speed through a facility avoiding hazards. There’s a handful of stealth focused sections where you’re attempting to avoid the gaze of patrolling enemies. These come complete with a heart beat sound effect that rises whenever a foe gets close. While most levels within this game are very rigid and linear, there’s one wide open section in a level that gives you a bit more of a sense of freedom.

Broken Mind falls into that rare category of games that I found to be absorbing despite a litany of issues. It’s clunky, linear, full of stereotypes & tropes, has a disappointing combat system and has some questionable design choices. Yet, here I am, having completed it twice. It’s no nonsense fun that’s obviously a labour of love for 1-person developer 2Bad Games. Those that like story driven first person adventures will certainly get something out of it.

Broken Mind is available now on PS4 (review platform), Xbox One and PC.