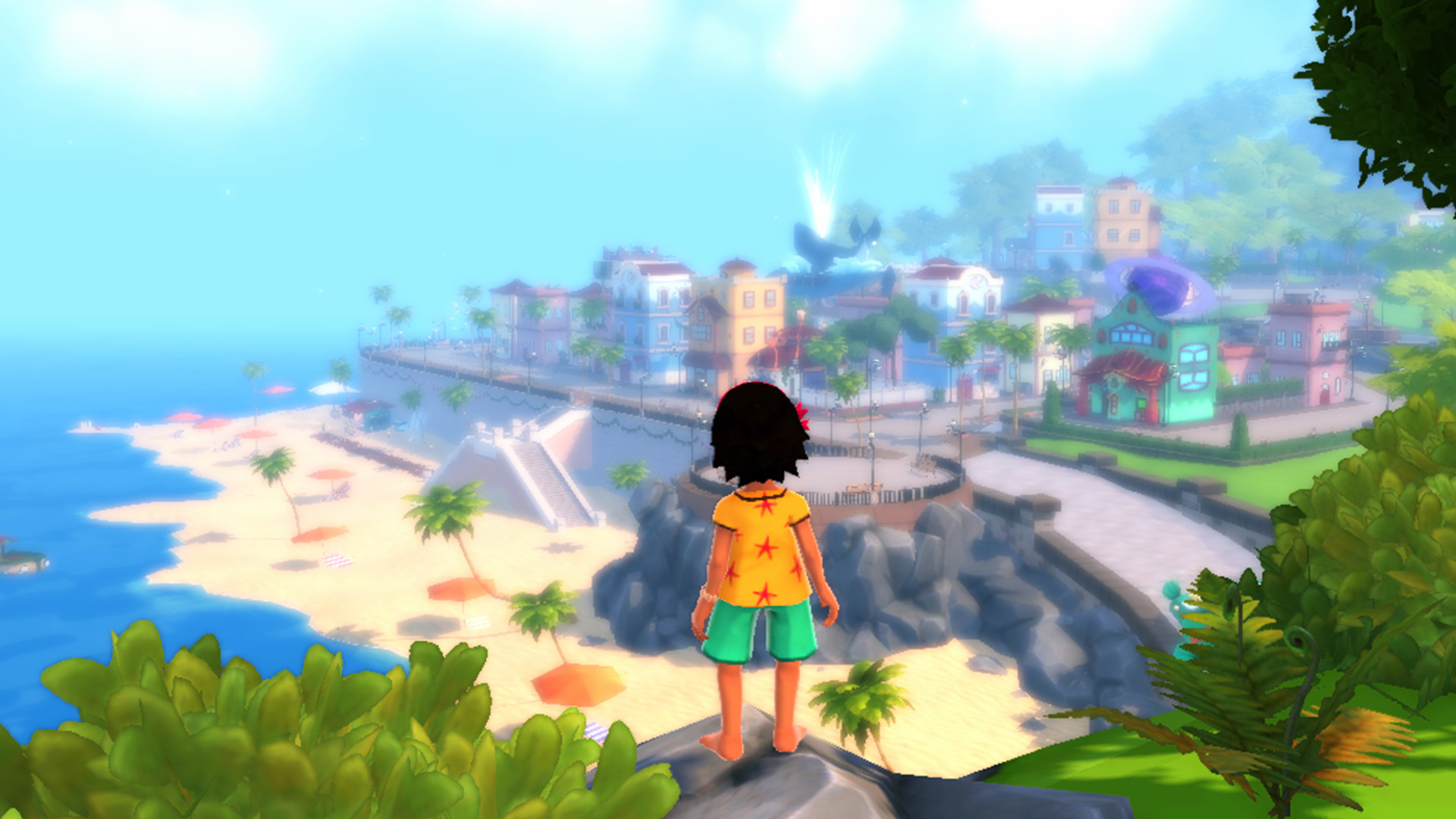 Summer in Mara is wholesome tale full of charm and zen, but certain mechanics central to the experience tarnish the enjoyment. The Finger Guns Review;

There’s certainly some stones on the developers who take on a farming simulator adventure for Switch. With the likes of Stardew Valley, Harvest Moon, Stranded Sails and, to a lesser extent, Animal Crossing, the genre feels rather stuffed to the brim with quality efforts. Summer in Mara peaked my interest during a Nindie Spotlight earlier this year and with its Wind Waker combined with My Time At Portia vibes, it certainly had everything on paper. And whilst it doesn’t quite reach that level of overall quality, there’s certainly charm to be found in this wholesome adventure.

Summer in Mara tells the story of a young girl named Koa who was rescued as a baby by Haku, a rather blue woman who lives on a secluded island where we manages a small farm and takes care of Koa as she grows up. We come to learn there is far more to the island than meets the eye, and Koa’s dreams of adventure take her off the island for the first time to explore the great open sea that surrounds her.

It’s when you leave your island that the adventure really comes to life. The populated islands of bustling cities allow Koa to begin to learn about the world around her and take on quests for the inhabitants of each island. You’ll meet a fair few during your playthrough who all have levelling degrees of tasks to ask of Koa, and she duly obliges with a charming positivity. As you explore you’ll meet dogs – which yes, you can pet if you feed them first – crabs with mail on their backs for you to read and folks who require you to go back to your island to either pick up resources or grow various items for them. There’s a chance you’ll get unfathomably sick of travelling back to your home island to do random stuff for people – it’s not a particularly fun exercise – and the more you do it the more you’ll realise that you’re merely nothing more than an errand girl for other human beings.

The fun lies in gathering information from people after you’ve ran around for them for what feels like several hours. Not uncommon in games like Summer in Mara and its ilk, but it can feel tedious.

Which is a shame, because Koa is a such a bright, breezy character, I almost feel like it’s unfair to make her go through this level of nonsense back and forth. The sea you have to sail across anytime you want to get home – until you unlock a rather questionable fast-travel system – isn’t all that exciting to look at and while it’s fun that your boat controls more like a jet ski and the fact your island is the only place you can craft anything – a hugely important aspect of the game is stranded on a single island in a game of over twenty, you start to feel like Summer in Mara overall playing time is fleshed out purely through these laborious trips back home.

You spend a good amount of time on your home island then, but it’s not like there isn’t anything to do. Besides the crafting items for others you’ll always be harvesting crops, collecting fruit, building chicken coops and upgrading the island as the game progresses. You can upgrade your boat – which you need to fix in the early stages before you go anywhere – and learn about the more mysterious aspects of the island which come into play over time. You’ll explore the beaches collecting shells, fishing and general upkeep. There’s a certain charm to it that feels fun to be surrounded by, and Koa is great company.

The questline thread mechanic is present and correct in Summer in Mara. You’ll be given a task to complete but you don’t quite have the correct resources so you’ll need to find another person who gives you another quest which will allow to proceed with the one before once you’ve learned a recipe to create a tool that you’ll need to craft back on your home island. Phew. This particular set of steps occurs many, many times, so you’ll need to be ready to do an awful lot of exploration to find out where you’re meant to be going next.

This isn’t particularly a bad thing, as mentioned above one of the games highlights is in the character of the world and those who inhabit it. The art that pops up when you’re in dialogue with an NPC gorgeous, and they’re all written well, so it never feels like you’re constantly coming up against brick walls when all you want to do is progress and move on to the next island.

And that’s about the crux of Summer in Mara. Amongst the charming aesthetic, the sublime animated cutscenes that made me wish the game was purely narrative based so I could watch them the entire playthrough and the delightful Koa leading the way, there just wasn’t really enough here to keep me engaged until the end. There’s definitely something here, but the aforementioned traversal just to harvest or craft just isn’t fun. The endless back and forth sucks the air out of the multicoloured balloon Summer in Mara has blown up. It’s a harmless adventure which seeks to be far deeper in gameplay than it thinks it is.

Once I left my home island and finally was able to explore the world it never felt hugely enjoyable, just a lot of ‘huh, that’s cool’. That’s about where I stayed throughout the playthrough and the ending felt anticlimactic. I had a fear it was also going to though, seeing how much of Simmer in Mara felt laborious the ending would have had to be spectacular to had made it all worth it.

So I’m a little disappointed, but there’s definitely something that perhaps could evolve into an adventure that’s tighter and faster. Summer in Mara feels loose and slow. There’s rightly no urgency in the world of Mara nor they should be, the zen of it all is what appeals but, could there have been just a little more tempo?

Koa and the charming world of Mara is enough to keep an eye on this one, but it’s too big with not enough depth and that makes Summer in Mara far from essential.