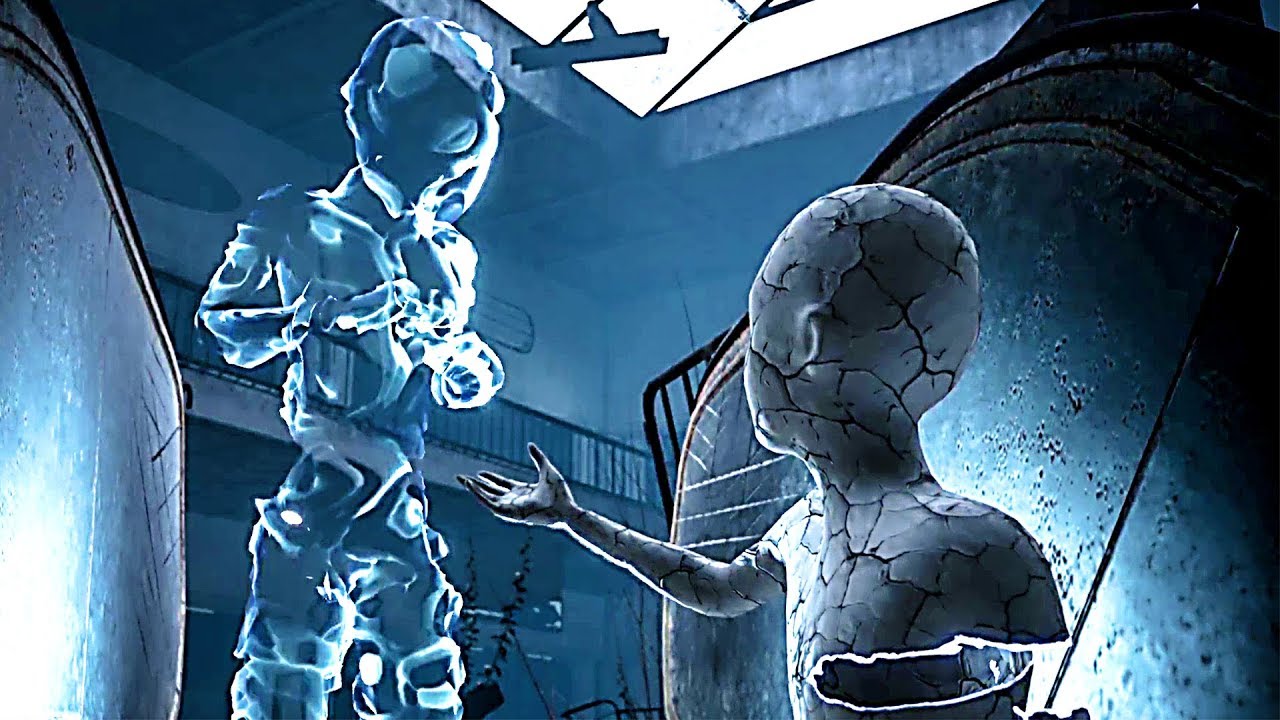 A symbolic dive into childhood fears, The Inner Friend is a short but quality adventure packed with thrills. The Finger Guns Review;

“Art. Noun. the expression or application of human creative skill and imagination, typically in a visual form such as painting or sculpture, producing works to be appreciated primarily for their beauty or emotional power”. I’m not usually one to wade into the ‘Are video games art?’ debate. It’s a useless distraction when the discussion almost always boils down to the fact that while not all video games are ‘Art’, some of them can, in fact, be ‘Art’.

The Inner Friend feels like one of those times that a video game becomes ‘Art’.

This game is a mysterious experience. There’s no tutorial. There’s very few on-screen hints aside. Mostly just some button prompts. No way points or map. Everything is simple enough so that if you’d ever played a third person game before, you can pick this up with ease. At the same time, this game does those things in a very stylish way so that it stays fresh. Until about half-way through, the plot which is delivered without a single spoken word feels like loose and unrelated threads. You play as a ceramic child, exploring scenescapes and peculiar environments, often observing and occasionally interacting with a translucent, sparkly boy. I could try to explain its plot more clearly but this is a game that will mean something different to everyone who plays it. Very little of The Inner Friend is literal. Almost everything is symbolic or exaggerated. It’s a game that’s designed to make you think and ponder. It does that very well.

In its most simplistic terms, The Inner Friend is a 3rd person puzzle game and platformer. Each of the levels in the game revolve around a memory. Those memories manifest in caricaturistic ways. A dilapidated school with porcelain students frozen in place as they hide or run. A terrifying visage of a naked old woman with a face made of bubbles who chases you, wielding a pair of scissors. A prickly beast that stalks you through a mine. A crumbling brutalistic world of concrete that’s reassembling itself as you travel through it. The Inner Friend is the type of game that gives back as much as the thought you put into it. There’s no specific explanation of its symbolism or themes and I imagine each player will come away interpreting some aspects of it differently.

While it’s themes are Delphian, the mechanics of The Inner Friend are not. There’s traditional platforming here, asking you to jump across moving platforms. There’s memory puzzles, testing you to remember 5 button presses and then repeat them. There’s a patterned floor puzzle that requires a certain path to cross its surface, demonstrated via a set of lights. Sections of the game require a little pattern recognition as obstacles like electrified flooring or plague emitting characters challenge you to move directly and with purpose. There’s a hand full of escort sections which, miraculously, aren’t terrible like every other escort section in existence.

The Inner Friend is best when it’s trying to scare you, something it’s an expert at. There’s not a lot of jump scares here. Instead, the title aims to build tension through glimpses of frightful beings and through some amazing sound effects and music that set a truly ominous tone. At a handful of junctures in the game, something suitably scary chases you. That screen blackens around the edges. The music, a booming repetition gets louder the closer your pursuer is. These thrilling moments are stand out sections.

As for the rest of The Inner Friend, there’s nothing revolutionary here but it does everything so slickly that any lack of innovation doesn’t matter much. Exploring the creepy, wondrous, peculiar atmospheres is at worst interesting and at best, fascinating. Rooms alter as you look around them. Doors that weren’t there before appear behind you.

While the game obviously isn’t going for photo realistic visuals, it still looks brilliant. There’s detail in all the right places and The Inner Friend makes good use of polygonal, clean blank spaces as a contrast at times. There’s decent particle effects and some very impressive reflections in the few damp areas of the game. The mine is one of the few in game environments that don’t feel convincing. It feels like a game version of a mine rather than an actual mine.

The game’s music, more of an ambiance than any particular melody, complements and amplifies the visual feeling of the game too. When the game should feel uplifting, the music makes this so. When there’s something ominous on the horizon, the music adds to the tension.

There’s a handful of game play aspects that feel a little out of place in The Inner Friend. There’s 2 platforming sections that require precision and the way the player character moves is too clunky to make these sections feel enjoyable. This isn’t helped by the fact that if you fall, you’ve got a little backtracking to do to retry them.

The Inner Friend isn’t the longest of games either. My first playthrough clocked in at just over 3 hours from start to finish and I was taking my time. There’s replayability in the fact that there’s several collectables, childhood items like toys, games and drawings, in each chapter. Once you’ve finished the game, you can use a chapter select to jump back and collect whatever you’ve missed. There’s motivation to do this too – collect all the missing collectables and you’re treated to a bonus cinematic for the end of the game.

The Inner Friend is a short but sweet experience that will give back as much as you put into it. You’ve got to read between the lines with this game and if you like your narratives to have a clear structure, you’ll likely bounce right off this. If you like a game to challenge you, to make you think and maybe, just maybe, make you feel something, then The Inner Friend is certainly worth a look. Some sticky platforming sections aside, it’s a thrilling and occasionally chilling game that’s truly artistic in its vision.

The Inner Friend is available now on PC via Steam and is launching on the PS4 and Xbox One on the 28th of April, 2020.

Gungrave G.O.R.E Review (PS5) - Coffin Up Nostalgia
Streets of Rage 4 (PS4) Review – Retreading These Streets
The Finger Guns Podcast Ep. 113 - What Would a Multiplayer for Control Look Like?